Kelechi Promise Iheanacho was born on October 3rd, 1996 in the town of Orogwe, Owerri West Local Government Area of Imo State, Nigeria to Elder James Ihenacho (Father) and Mercy Ihenacho (mother). He is the last son and third child out of a family of 4 children (3 Boys and a Girl). He is a professional football player who plays as a forward for Nigeria national football team and is currently playing for English Premier League club, Leicester City FC.

Starting off, Kelechi played football every day with his two brothers and friends in the street and in his school. Football was all he ever wanted to do as a kid. His elder brothers also played football and were quite good but weren’t as determined as their little brother was. At some point, they provided him with all the assistance he needed after observing it was his destiny. Kelechi was not just intelligent as a little footballer, he was also among the top three best pupils in his class during his days at Nursery and Primary school. Initially, his academic performance was something his parents loved more than the fact that he could kick football very well.

Although his family had a TV, he could not access the Premier League games. Kelechi had to watch the games at the viewing centres but could not afford such fees at all times. At some occasions, he would be chased away if he couldn’t afford the fee needed to watch these live games.

Convincing his parents, (notably his dad) to accept and sponsor his dreams to become a footballer was a difficult talsk. At some point, he stood his grounds as the head of the home and warned his last son never to bring up any issue of football in his house. He urged him to concentrate only on his studies. On few occasions, his parents would flog him for going to play football in the evenings instead of reading his books and doing his assignments.

According to Kelechi, “Both my dad and mum didn’t want me to play football on a full time basis. They told me the chances of making it big was slim and it would be a waste of time if it ends up becoming a fruitless pursuit as it does for many Nigerian youths. They wanted me to concentrate only on my studies and get good education. Because of this, I had limited time to play football and could only play more at school. Some times I would go far away from home to play football at evenings to avoid them. A miracle happened on a faithful day. My dad changed his mind when my school teacher came to my house to tell him I had been selected to represent the school team in a state competition. He approved that I go represent the school. That it was the only and last opportunity I will get from him to prove myself that I can make it in football. I played the competition like my life depended on it."

Kelechi’s team won the state competition and he became the most promising youth footballer in his state. This made his father very proud and marked a turning point for his career. In 2011, his father registered him in Taye Academy, Owerri.

After his impressive performance at FIFA U-17 World Cup in 2013, the European football clubs such as Arsenal, Sporting Clube de Portugal, and Porto FC showed interest in signing the Nigerian striker. He signed with English Premier League club, Manchester City FC in 2015 and made his debut for the main team of the English team against Watford FC in August 2015. He scored his first goal for Manchester City against Crystal Palace on 12 September 2015.

He scored his first hattrick against Aston Villa on 30 January 2016 during an FA Cup match. During 2016/17 season, his 10 goals allowed him to be one of the exclusive players in English Premier League history to have scored 10 goals before the age of 20. He joined legendary footballers like Michael Owen, Wayne Rooney, Ryann Giggs, Nicolas Anelka and Romelu Lukaku in the exclusive club. He was also nominated for FIFA Golden Boy Award in 2016. During his time with Manchester City, he was one of the key players to help the club to win the Football League Cup in 2015/16.

On August 2017, he signed with his current club, Leicester City FC on a five-year contract deal with a reported transfer fee of $34.96 million. He played his first match for Leicester City against Arsenal on 11 August 2017 and scored his first goal for the English side against Leeds United on 24 October 2017. In 85 games in England, Kelechi has scored 27 goals.

Kelechi started for Nigeria in the U-13 team before becoming a prominent player in U-17. He was the major player for Nigerian team and helped Nigeria to win 2013 FIFA U-17 World Cup. For his outstanding performance at the tournament, he won Golden Ball and Siver shoe. The Nigerian forward made his debut for the senior team against coming as a substitute Swaziland qualifier and scored his first international goal against Mali in a friendly match on 27 May 2016. He has scored 8 goals in 14 games with the senior national team.

A Christian, Kelechi is having a great time in London and enjoying his game and life. So far for his relationship, nothing concrete has surfaced. At the 2013 FIFA Under-17 World Cup in UAE, Kelechi dedicated one of his goals to the memory of his late mother as well as his younger brother, Chibuike.

He is one the highest paid Nigerian football players in English premier league. His current annual salary is around $ 3.2 million which the striker earns from his club, Leicester City as his weekly wage is above $60,000. His market value is estimated to be above $15 million. As of 2018, his total net worth could be assumed to be in excess of $8 million. His salary was reported to be £85,000 per week at Man City previously. Being one of the best well paid African footballer, he enjoys and spends his money to show his luxurious and lavish lifestyle.

A promising talent, Kelechi has won numerous individual awards such as;

No reviews yet for Kelechi Iheanacho 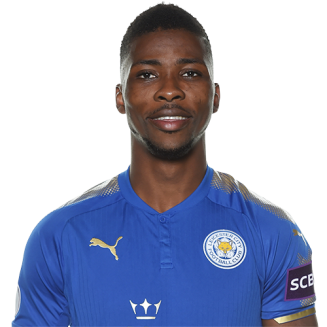