Muhammed Nur was born on December 2nd, 2002, in Maiduguri, Borno State, Nigeria. He is a professional footballer who plays as a striker for El-Kanemi Warriors of Maiduguri an the Nigerian national team.

The young orphan who grew up in the Boko Haram ravaged Maiduguri, Borno State was lucky to escape death on several occasions with some of his friends who were not so lucky like him. Despite fears of death from the insurgency, he continued to move from one street in Maiduguri to another, playing football and enjoying himself.

The left footer was discovered by officials of NPFL outfit Elkanemi Warriors and was signed to the club's feeder team who are in the Nationwide League (NLO), where he continued to develop before his gradual transition to the first team. In 2016, Muhammed played in the Nigeria Professional Football League U-15. In  2017, apart from signing for El-Kanemi Warriors first team, he debuted for the CHAN Eagles and was instrumental in the team’s victorious outing at the NPFL super six invitational tournament in Kano State. He made his international debut for Nigeria in 2018 at the Championship for African Nations (CHAN) in Morocco. He made two appearances in Morocco.

No reviews yet for Mohammed Nur 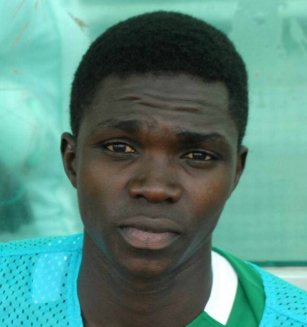