George Akume is the former Governor of Benue State and Senator of the Federal Republic of Nigeria representing Benue North West Senatorial District. He was born on December 27, 1953 in Wannune village, Tarka Local Government Area of Benue State.

George had his primary education  at the then Native Authority (N.A) Primary School Wannune from 1960  to 66 and then proceeded to Government Secondary School, Otobi, now Model Science School, Otukpo from 1967 to 1971 for his secondary education. He attended St. Louis College for his Advanced Level in 1972, and there after proceeded to the University of Ibadan for his Bachelor of Science Degree in Sociology graduating in 1978.

He also obtained a Masters Degree in Industrial and Labour Relations (MILR) from the same Department and University in 1986. He also went to the  Administrative Staff College of Nigeria (ASCON) where he obtained a Certificate in Management (1988).

Before his foray into Nigerian politics, Akume worked in the Benue State civil service  and rose to the position of Permanent Secretary.

After the return to democracy in 1999 Akume contested in the governorship elections, winning on the platform of the Peoples Democratic Party(PDP).

He successfully ran for re-election in 2003 for a second term in office still on the PDP platform.

After his second tenure as the Governor of Benue State, Akume, contested for the senatorial seat of Benue North West Senatorial District in the 2007 National Assembly elections and won.

At his second time of asking in the  2011 general elections, he was successfully re-elected, this though, on the platform of the Action Congress of Nigeria(ACN) party.

In 2015, following the merger of the  ACN and some other parties in Nigeria to form the ALL Progressives Congress (APC), Akume contested again for the senatorial position of Benue North West with the ticket of the APC and was again successful.

Senator George Akume is happily married and blessed with children.

No reviews yet for George Akume 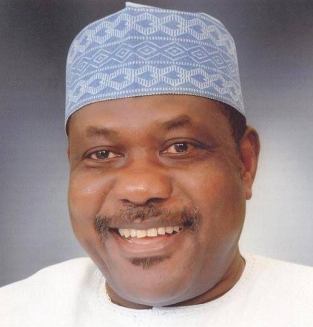