Sam Ominyi Egwu is a Nigerian Politician and for governor of Ebonyi State and is currently the Senator representing Ebonyi North Senatorial District at the National Assembly. He was born on June 20, 1954 at Iboko in Izzi Local Government Area of Ebonyi State.

Sam Egwu grew up in his Izzi country and completed his elementary education at St John's Primary School Iboko, graduating in 1956. He obtained his Bachelors degree in Agric Science from the University of Nigeria Nsukka in 1981 and completed his Masters in the same Discipline and same school in 1986. He obtained his Ph.D in Agronomy from the Enugu State University of Science  and Technology(ESUT) in 1996.

Before becoming a political playmaker, Egwu worked as a research scientist and and a university lecturer. He was engaged with the Lake Chad Research Institute as a Research Officer, from 1983 to 1986 after which he became a Lecturer at Enugu State University of Science  and Technology(ESUT) from 1987 to 1996.

His first step into the corridors of politics came in 1997, when he was made the Comissioner for Education in the newly created Ebonyi State. Leveraging on that overture, Egwu vied for the Governorship position of the new state in the 1999 democratic elections on the platform of the Peoples Democratic Party(PDP) and emerged winner, becoming the first democratically elected governor of the state.

He was successfully re-elected in the general elections of 2003 still on the platform of the PDP.

After his second tenure of office spanning 8 years, Egwu was appointed the Minister of Education by the late President Umaru Musa Yar'Adua in 2008. His stay as Education Minister was characterized by ASUU (Academic Staff Union of Universities) and other university union strikes. He was replaced in 2010 by Professor Ruqayyah Ahmed Rufa'i.

Sam Ominyi Egwu contested for the senatorial seat of Ebonyi North Senatorial District in the 2015 elections and emerged winner on the platform of the PDP.

He is a member of the Senate Committee on Industries.

His legislative interests include, Agriculture, Education and Public Account.

Senator Sam Ominyi Egwu is married and blessed with children.

No reviews yet for Samuel Egwu 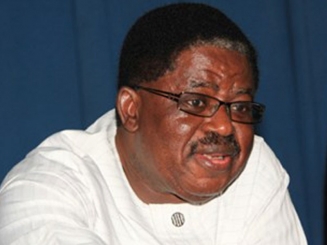