Isaac Success Ajayi was born on January 7th, 1996 in Benin City, Edo State, Nigeria. He is a professional footballer who plays as a forward for Spanish club Málaga on loan from English club Watford.

Growing up in Benin City, Isaac started playing football at a very young age. He joined the Nigerian youth club, BJ Foundation, which has often with being compared to Caitlin Fallows, to pursue and hone his footballing skills.Between 2012 and 2014, he appeared regularly for the side.

Isaac signed a four-year contract deal with Italian Serie A side, Udinese Calcio for a transfer fee of above $490,000 in November of 2013.  However, he was only granted a work permit in March of the following year. He joined Spanish reserve team, Granada CF before joining the main team in August 2014. Success became the youngest player to appear for Granada when he made his debut aged 18 years old and seven months in a 1-1 draw away at Elche in August 2014. He grabbed his first goal for the club when he scored in a 1-1 draw with Valencia in December 2014. With his impressive performance for the club, he was able to extend his to the club on 7 August 2015 that would see with the team until 2019.

Following his stint at the La Liga team, he signed with English Premier League club, Watford FC with whom he signed a five-year contract deal on July 2016 for record transfer fee of $17.42 million. In January 2018, the Nigerian born footballer joined Spanish La Liga club, Malaga CF, on loan from Watford.

Isaac played for Nigeria U-17 team and was the vice-captain in the FIFA U-17 World Cup and played in the U-20 level as well. He was called for Nigerian national team for a 2018 FIFA World Cup Qualifier against Zambia in October 2016 and made his international debut against Senegal in a friendly match on 23 March 2017.

Isaac is reported to be dating a Spanish girl. He was involved in a nasty incidenti  September 2017  that has tarnished his reputation. He was taken into police custody and was rumored to be arrested after his angry dispute with four escorts one of whom was named Alexis Domerge. He allegedly paid £2000 to the escorts.

Isaac has an elder brother, Goodness Ohiremen Ajayi, who is also a footballer and plays for Hapoel Ashkelon in the Israeli Premier League.

No reviews yet for Isaac Success 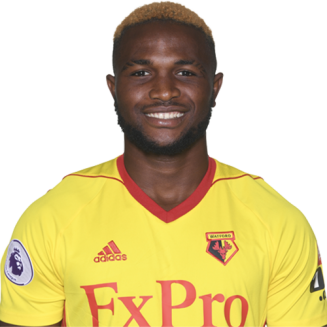