Rabiu Ali was born on June 23rd, 1986 in Kano, Nigeria. He is a professional footballer who plays as a midfielder who plays for Kano Pillars F.C. and the Nigerian national team.

‘Pele’, as he is fondly called by teeming fans of the club, has spent the greater part of his career in Kano and scored a load. He joined Kano Pillars in 2011 and currently captains the team. He has won the Nigeria Premier League thrice with Pillars: 20112012, 2012/2013, and 2013–14. He made his debut for Nigeria in 2013. He was a member of the Nigerian team to the last West African Football Union (WAFU) Cup of Nations in Ghana finishing second. In January 2018, he was named in the Nigerian team for 2018 African Nations Championship where the team finished as runners-up to host Morocco.

In July 2017, Ali got married to his long time heartthrob Maryam.

A day after he completed marriage rites with Maryam at a colourful wedding ceremony, Ali was presented his VAT Wonder Goal Award.

No reviews yet for Rabiu Ali 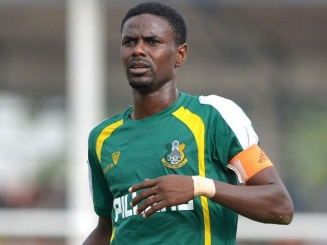