Chidiebere Chijioke Nwakali was born in Owerri, Imo State, Nigeria, on December 26th, 1996. As a professional footballer, he has successfully represented Nigeria at different age grade competitions including the U-17 FIFA World Cup. He currently plays as a midfielder for Scottish Aberdeen FC on loan from Manchester City FC of England.

Nwakali grew up in his hometown of Owerri. Along with his siblings, he frequently assisted his mother in her garri business which along with his father's business helped sustain the family. He also participated in street football which also featured other kids from the community. He went on to join Shuttle Sports Academy which helped furnish him into a pro.

Nwakali came to limelight at the 2013 FIFA U-17 World Cup where he emerged winner with the Nigerian U-17 team. Along with Kelechi Iheanacho, he was pivotal to the team's success, defeating Mexico 3-0 to land the trophy. Dubbed the "Nigerian Neymar" for his magisterial skills, he signed a four-year-deal and passed a medical with English side Manchester City in January 2014. Babawo Mohammed, the player's agent, broke the news describing the move as "a good [one] for him and I am sure in no distant time, he will blossom with the club.” He joined City alongside Kelechi Iheanacho.

After being a part of City's youth team for a year, Nwakali joined Spanish La Liga outfit Malaga on a two and half year deal. After Malaga failed to secure a work permit for him, he joined Spanish Segunda side Girona on August 31st, 2015. After failing to impress at Girona, he joined Tippeligaen side IK Start.

In February 2017, Nwakali joined Norwegian club Sogndal on another loan deal from Manchester City. He was previously linked with four Bundesliga clubs in January, including Eintracht Frankfurt and Augsburg, but the proposed deals fell through. In February 2018, he signed for Scottish side Aberdeen on loan until the end of the 2017/2018 season in a bid to enjoy regular playing time that would enhance his chances of featuring for Nigeria at the 2018 FIFA World Cup finals in Russia.

In July 2016, Nwakali and his younger brother Kelechi, who is also a professional footballer, were left in critical conditions, after they was attacked by suspected cultists at Federal University of Technology, Owerri. The hoodlums made away with valuables, including a large sum of money, and destroyed two cars belonging to the oldest of the Nwakali brothers, who was at Kelechi’s side during his trip to Arsenal to broker a deal.

In a January 2018 Instagram post, Nwakali revealed he was taking his relationship status to the next level after engaging his girlfriend. The identity of the lucky girl was not revealed as the video only showed her hand as the footballer passionately fixed the diamond ring on that one finger.

No reviews yet for Chidiebere Nwakali 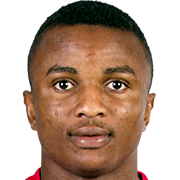