Hon. Abdul-Aziz Yari Abubakar is the current governor of Zamfara State and also the chairman of the Nigerian Governors Forum. He was born on the 1st of  January, 1969 in Anka, Zamfara State.

He started his education at Talata Mafara Township Primary School, from where he proceeded to Government Teacher’s College Bakura between 1979 to 1984. He completed his tertiary education at Sokoto Polytechnic from 1991 to 1994 and obtained a certificate and later a Diploma in Secretarial Studies in 2004. He also attended Kebbi Polytechnic for a Graduate Diploma in Public Administration in 2008.

Yari began his political career in 1999 when he served as the state secretary of the then All Nigeria People’s Party (ANPP) between 1999 and 2003. He was elected Chairman of ANPP Zamfara State in 2003 and later rose to the position of ANPP National Financial Secretary and served in this position till 2007 when he was elected as Member representing Anka/Talata Mafara Federal Constituency from 2007 to 2011.

In addition, when Zamfara State Governor Mahmud Shinkafi defected to the PDP in January 2009, taking the ANPP’s state executive committee with him, the ANPP’s National Headquarters in Abuja was forced to create a Caretaker Committee which was headed by Yari,

During the 2011 general elections,Yari contested and was elected Governor of Zamfara State, on the platform of the All Nigeria Peoples Party (ANPP).

In the 2015 general elections, he successfully ran again and was re-elected, this time on the platform of the All Progressive Congress (APC).

On May 18, 2015, Hon. Yari’s colleagues in the Nigeria Governors’ Forum unanimously elected him as their Chairman.

Governor Yari is a practicing Muslim, and is married to three wives. his first and First Lady of the state is Hajiya Asma'u AbdulAziz Yari. They have four children together, two boys and two girls.

Yari is also married to the daughter of his predecessor, the former governor of Zamfara state, Alhaji Mamuda Aliyu Shinkafi, she is his third wife.

No reviews yet for Abdul-Aziz Yari Abubakar 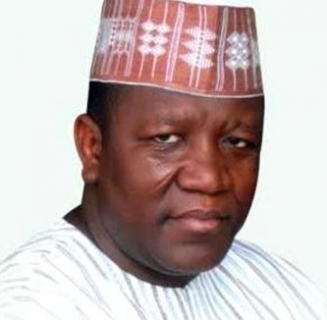