Bala Ibn Na’Allah was Born on June 2, 1967 to the family of Hon. Barrister Bala Ibn Na’Allah from Zuru, Kebbi State. He is the Senator representing Kebbi South Senatorial District at the National Assembly.

Bala attended Yewande Primary School in Surulere, Lagos and went to Police Secondary School, Minna, in Niger State. After completing secondary school, he proceeded to Cape Flying School in South Africa, where he completed his commercial pilot license at the age of 17 but could not take his check-ride until December 2008 because he was underage. He later obtained a Bachelor’s degree in Law.

Bala Ibn Na’Allah was elected to the House of Representatives of the Federal Republic of Nigeria to represent Zuru, Kebbi State from 2003 to 2011.

In the 2015 elections, he contested for the Kebbi South Senatorial seat and won on the platform of the All Progressives Congress (APC).

Senator Bala is a Muslim and is married and blessed with children.

No reviews yet for Bala Na'allah 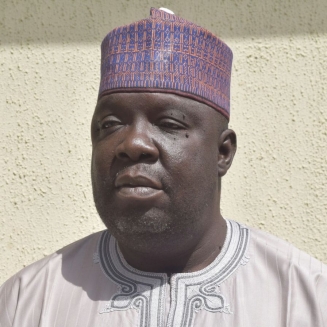