Senator  Buruji Kashamu was born on May 19, 1958. He represents Ogun East Senatorial District at the National Assembly.

Kashamu started his education at Ansarudeen Primary School, Ijebu Igbo and left in the year 1972 to complete his primary school education at St. John Modern School, Lagos. He then attended evening classes at Igbobi College while working as a licensing agent. He later went to London where he took courses in Business Management at Pitman College, London.

Prior to becoming a senator of the Federal Republic of Nigeria, he was a business man. He is the Chairman/Chief Executive of Kasmal Group of Companies, an indigenous conglomerate with interests in hospitality, property, oil and gas, automobile and investment services. He is also the Chairman of the Group Kasmal SAL in Republic of Benin.

In the 2015 elections, he contested for a seat in the Ogun East Senatorial District on the platform of the Peoples Democratic Party(PDP) and won.

No reviews yet for Buruji Kashamu 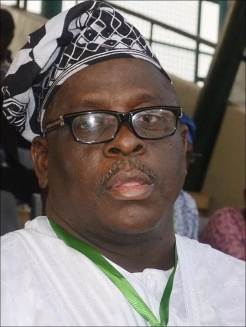