Yahaya Abubakar Abdullahi is the senator representing Kebbi North Senatorial District. He was born in 1951 in Kebbi State.

He attended Naagarta College, Sokoto where he obtained his WASC in 1969 and  then proceeded to Ahmadu Bello University, Zaria where he obtained a Bachelor of Science degree in Social Science. He went further to get his Doctorate in 1983 from the same institution.

Prior to joining politics, he was an Associate Professor of Agric Economics at the Ahmadu Bello Univeristy, Zaria. He served in the academia from 1976 to 1991 before taking a public role of Director, National Agricultural Land Development Authority from 1992 to 2000.

He served in the Federal Civil Service as a Director and Permanent Secretary from 2000 to 2010 when he retired.

In the 2015 Elections, Abubakar Abdullahi, contested for the Kebbi North Senatorial seat and won on the platform of the All Progressives Congress.(APC).

He has as his Legislative Interests: Agriculture, Public Service and National Economy.

Senator Yahaya Abubakar Abdullahi is a recipient of the national honour of the Officer of the Order of the Niger (OON).

No reviews yet for Yahaya Abdullahi 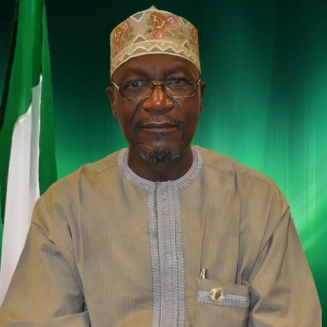