Ezenwo Nyesom Wike was born on 24th August, 1967, to the family of Reverend and Mrs. Nlemanya Wike. He is a native of Rumuepirikom in Obio-Akpor, Rivers State, Nigeria.

Wike attended Government Secondary School Eneka in Obiakpor, Rivers State where he sat for his O'level exams before proceeding to the Rivers State University of Science and Technology (RSUT) where he obtained a Law degree before completing his studies at Law School in 1997.  Wike also holds a Masters degree in  Political and Administrative Studies from the same university.

After a brief working period in private legal practice, Chief E.N. Wike was elected as the Executive Chairman of Obio/Akpor Local Government Area for two terms from 1999 to 2002 and 2004 to 2007.

While in office, he served as Deputy President, Association of Local Governments of Nigeria, ALGON, in 2004 and was later elected the President of ALGON. He also represented Africa as a member of the Executive Committee of the Commonwealth Local Governments Forum.

Between October 26, 2007 and May 28th 2011, Chief Wike served as the Chief of Staff, Government House, Port Harcourt during Governor Amaechi’s tenure and was also appointed the Director-General of his re-election Campaign Organization.

On 14 July 2011 President Goodluck Jonathan appointed him as the Minister of Education (State) of the Federal Republic of Nigeria. He voluntarily resigned to contest for the Governorship of Rivers State.

No reviews yet for Nyesom Ezenwo Wike 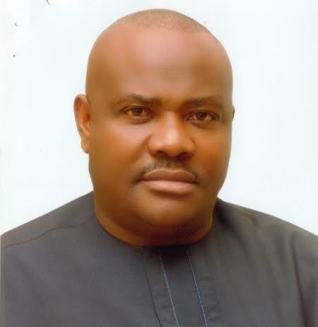