He attended St. John’s Primary School, Gboko in 1970 and later moved to St. Catherline’s Primary School, Makurdi in 1974 where he completed his primary education in 1976. He proceeded to Idah Secondary Commercial College, Idah in Kogi State for high School. However his higher education was cut short abruptly due to certain financial issues at the time. Soon after he enrolled by correspondence for a General Certificate of Education (GCE) as well as a Diploma in Salesmanship at the National Institute of Salesmanship, Manchester.

He proceeded to the Ahmadu Bello University, Zaria where he obtained both the Interim Joint Matriculation Board Certificate in 1995 and a Diploma in Journalism in 1998. He later attended Benue State University where he obtained an Advanced Diploma in Personnel Management in 2001 and a Master of Public Administration in 2004. He concluded his academic pursuit by obtaining a doctorate degree from the Commonwealth University, Belize, through distant learning.

Dr. Samuel Ortom was also at a time the National President, Independent Print-Media Publishers Association of Nigeria, IPPAN, and at the moment a patron of the association. He was appointed Chairman of the governing council of the Standards Organization of Nigeria, SON. He went on to establish the Oracle Business Limited Foundation, which handles redemptive, restorative and empowerment services.

Dr. Samuel Ortom began his political career in 1991 when he ran for Chairmanship in Guma Local Government Area under the platform of the Social Democratic Party (SDP) and won; serving till 1993.

Subsequently he served in the following capacities and political positions: State Publicity Secretary of the National Centre Party of Nigeria (NCPN); State Treasurer of the All Peoples Party (APP); State Secretary and Deputy Chairman of the Peoples Democratic Party (PDP); PDP National Auditor; Director of Operations of the PDP gubernatorial campaign in Benue State (2007) and Director of Administration and Logistics of the Goodluck/Sambo Presidential Campaign Organization (2011).

He was later appointed Minister of State, Industry, Trade and Investment of the Federal Republic of Nigeria in July 2011 and served till October 2014.

Ortom resigned as Minister of State, Industry, Trade and Investments in October, 2014 to contest for Governor of Benue State on the platform of the PDP. When he couldn’t pick that party’s ticket, he decamped to the All Progressives Congress, APC, where he eventually won the governorship election on April 11, 2015.

Governor Ortom is married to Chief Mrs. Eunice Erdoo Ortom and they are blessed with children. His hobbies include badminton, reading, philanthropy, farming, aerobics and evangelism.

A dedicated Christian, the Governor is a widely travelled man who has visited several countries in Africa, the Middle East, the Americas, Europe and Asia.

No reviews yet for Samuel Ortom 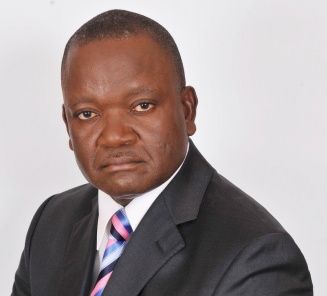