Rabiu Musa Kwankwaso is a former governor of Kano and the senator representing Kano Central Senatorial District at the National Assembly. He was born on October 21, 1956 and hails from Kwankwaso town in Madobi Local Government Area of Kano State.

Rabiu attended Kwankwaso Primary School, Gwarzo Boarding Senior Primary School  and then Wudil of Craft School and Kano Technical College before proceeding to Kaduna Polytechnic where he did both his National and Higher National Diploma.

He did postgraduate studies at Middlesex Polytechnic (1982-1983) and Loughborough University of Technology (1983 -1985) all  in the United Kingdom, where he got his Masters Degree in Water Engineering.

Kwankwaso was an active student leader during his school days and was an elected official of the Kano State Students Association.

Kwankwaso started work in 1975 at the Kano State Water Resources and Engineering Construction Agency (WRECA), serving as a civil servant for 17 years in various capacities and rising through the ranks to becoming a Principal Engineer.

In 1992, Kwankwaso was elected as a member of House of Representatives representing Madobi Federal Constituency. His subsequent election as Deputy Speaker in the House brought him to the limelight of national politics. He was a member of the Peoples Front faction of the SDP led by late General Shehu Yar'adua.

In the 1999 elections, Rabiu Musa Kwankwaso contested and won the election to the governor of Kano Sate on the platform of the Peoples Democratic Party (PDP). He vied  again for a second term in 2003 but was unsuccessful, losing out to Ibrahim Shekarau in the PDP primaries. However, he was appointed Minister of Defence during the regime of President Olusegun Obasanjo.

Relentlessly, Kwankwaso contested again for the governorship position of Kano State in the 2011 general elections and was successfully elected for the second time.

In view of the expiration of his second term in 2015, Kwankwaso contested for the senatorial position of Kano Central Senatorial District and emerged winner on the platform of the All Progressives Congress, which he defected to in 2014.

No reviews yet for Rabiu Kwankwaso 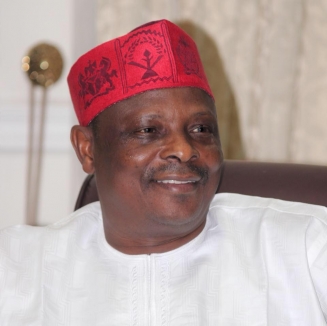