Barrister Abubakar was a lecturer at the Rivers State College of Science and Technology (Now called University of Science and Technology Rivers State) as a youth corps member in 1979. On completion of his youth service, he joined the service of Bauchi State civil service as a Pupil State Counsel in the Ministry of Justice, Bauchi State and rose through the ranks to the position of Senior Parliamentary Counsel and Head of Legal Drafting Department of Bauchi State House of Assembly in 1983.

Barrister Muhammad was the Chairman of Nigerian Bar Association, Bauchi State Branch from 1996 to 1998 and was elected Deputy National Secretary of the Democratic People's Party in 1997. He was appointed Resident Electoral Commissioner and served in Kogi, Delta, Plateau and Rivers States up to 2003 and then promoted as National Electoral Commissioner at INEC Headquarter in charge of Legal Services and supervisor of Borno, Jigawa, and Yobe states. Barrister Muhammed A Abubakar retired as INEC National Electoral Commissioner in 2008. and went back to legal practice as Managing Partner of M A Abubakar & Co. (Fortuna Chambers) This great Chamber has offices in Abuja, Port Harcourt and Bauchi. In June 2013 M. A. Abubakar, Esq. was appointed a member of National Judicial Council, NJC.

In May 2015 he contested in the gubernatorial elections under the membership of the All progressive Congress (APC) and emerged winner, hence, the Governor of Bauchi State.

Alhaji Abubakar is a practicing Muslim and is married to Hajiya MA Abubakar and they are blessed with children.

He is an avid supporter of football clubs -Manchester United and Wikki Tourists.

No reviews yet for Mohammed Abdullahi Abubakar 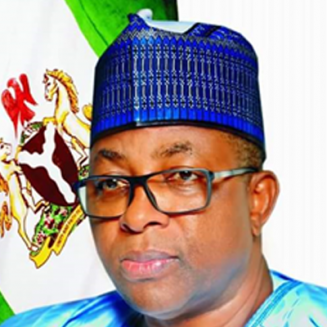