Mu’azu attended primary school from 1962 to 1968. Between 1971 and 1975, he attended the Gindiri Boy’s Secondary School where he obtained Distinction in the West African School Certificate Examination. He attended the School of Basic Studies at Ahmadu Bello University in Zaria and later received a Bachelor of Science degree in Quantity Surveying. He returned to his alma mater in 1983 and received a Masters of Science degree in Construction Management.

Mu'azu worked as a civil servant for the Governments of Kano and Bauchi and became a businessman thereafter. In Kano State, he served as a Quantity Surveyor/Project Manager in the Ministry of Health and Ministry of Social Welfare, Youth, Sports and Culture. He served as property manager of the Bauchi State Investment and Property Development Company before attending Birmingham University in the United Kingdom and receiving a second master's degree in Construction Economics.

Mu’azu was Governor of Bauchi State for two terms between 1999 and 2007 under the umbrella of the People's Democratic Party. He was indicted and banned from holding public office for ten (10) years by a Judicial Commission set up by his successor, Mr. Isa Yuguda, for misappropriating about N20 billion belonging to the Bauchi State Government during his 8 year rule of the state. Though he denied the charges citing the cold war between himself and his successor, Mu’azu fled the country when the anti-graft agency, EFCC, started investigating his tenure. On October 11th, 2010, the agency issued a statement that it was still investigating the politician for corruption after a local newspaper reported he had been given a clean bill by the agency.

In January 2014, he was chosen as the new National Chairman of the Peoples Democratic Party (PDP). He resigned from his position in May 2015.

A Muslim, Mu'azu is married to Mrs. Binta Mu'azu and he is the father of nine children - Ahmad, Halima,Badriyya, Bara'atu, Saeeda, Baraka, Ibrahim, Adam and Hauwa.

He holds the honour of a Commander of the Order of the Niger (CON).

No reviews yet for Ahmed Mu'azu 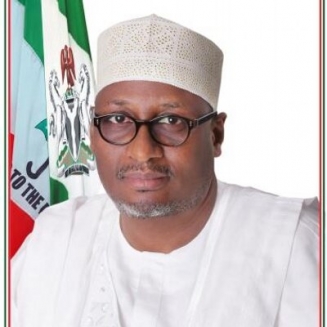