Plateau state is found in the NorthCentral zone of Nigeria with Jos as the state’s capital. Plateau state shares boundaries with Bauchi, Kaduna, Nasarawa and Taraba states. Popular towns in Plateau state include Riyom, Wase, Kanam, Kanke, and Pankshin.

The Governor of Plateau State is Simon Lalong.

Home of Peace and Tourism

Plateau state has a total area of 30,913 km squared and the topography is characterized by breathtaking rock formations spread across the State.

The average temperature is 20 degrees centigrade with temperatures at night being much lower than other parts of the country. The distinct seasons in Plateeau state include the dry and rainy seasons with total annual rainfall estimated at 2450 mm.

Plateau state is rich in Tin deposits and the mining of tin provides a major source of  livelihood for the State’s population. Other mineral resources found in Plateau state include Columbite, tantalite, wolframite, Kaolin, Zircon, Uranium, lead, Iron ore, and Magnetite. Also, a good percentage of the state’s inhabitants engage in Agriculture with crops such as irish potatoes, groundnuts, tomatoes, salads, and vegetables produced in substantially large quantities.

Animal rearing is also a popular economic engagement in Plateau state. Trade is another important aspect of the economy of Plateau state with the state hosting several markets such as the Jos Main market, Katako market Jos, Kara Cattle market, Makera market, and the Tomato market. 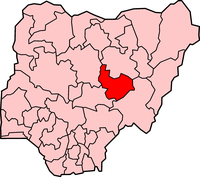 Find and explore some of the best businesses in Plateau State.