The Governor of Bauchi State is Mohammed Abdullahi Abubakar.

Bauchi State has an estimated total area of 49,119km squared with average annual precipitation around 1500 mm per annum. Average annual temperature of Bauchi State is around 28 degrees centigrade while the State falls under the Sahel and Sudan  Savannahs.

The Sudan Savannah can be seen around the Southern parts of Bauchi state with its distinctive feature of a rich vegetation while the Sahel Savannah which is also referred to as the Semi-desert vegetation is found northwards.

The landscape of Bauchi state is generally mountainous and sandy with the presence of several rivers and tributaries with Gongola river and Jama'are river being the most prominent in the state.

Agriculture is the major economic activity for inhabitants of Bauchi State. Crops cultivated in Bauchi include Yam, beans, millet, groundnut and rice. Animal rearing also features prominently on the hierarchy of economic acticvities in Bauchi State. Trade and commerce also contribute favorably to the State's economy with the state hosting several markets such as the Bauchi Central market, Muda Lawal market, Nadabo cattle market, Azare main market and the Wunti market. A number of minerals such as clay, limestone, zinc, lead, gold, amethyst and uranium are also found in Bauchi state.    .

Bauchi State was created in 1976 following the disintegration of the old North Eastern State and was only a province prior to this time. The Hausa meaning of Bauchi is the Land of Freedom and tourism and the State was named after a famous hunter known as Baushe who founded the Bauchi Emirate in the 17th century.

Several decades ago, Bauchi was known for an indigenous language referred to as Ajawa which later became extinct when the town's inhabitants adopted Hausa language as the primary means of comunication. Past Governor/Administrators of Bauchi state include 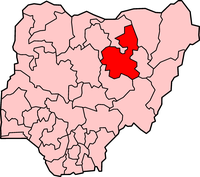 Find and explore some of the best businesses in Bauchi State.