The Governor of Nasarawa State is Umaru Tanko Al-Makura.

Nasarawa boasts a total area of 27,117 km squared with plains and flat lands which are suitable for crop cultivation and animal rearing. The state falls under the Tropical Savannah climate and has two distinct seasons which ae the dry and rainy seasons with average total precipitation estimated at 1100 mm per annum.

Nasarawa state was created on the 1st of October 1996 after being carved out from Plateau state. the list of past and present governors of Nasarawa state are provided below 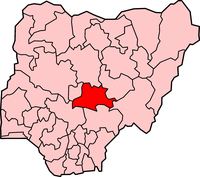 Find and explore some of the best businesses in Nasarawa State.