Abdullahi Adamu, is a former Governor of Nasarawa State and currently a Senator of the Federal  Republic of Nigeria.  He was born at Keffi, Nasarawa State, on July 23, 1946.

Attend attended Senior Primary Shool Keffi, after which he proceeded to Government Secondary School, Makurdi from 1960 to 1962 where he stayed two year before moving to Government Technical College, Bukuru from 1962 to 1965 and then Kaduna Polytechnic from 1965 to 1968 where he obtained a National Diploma in Legal Studies. He returned to Kaduna Polytechnic for a Higher National Diploma in June 1971.

In 1987, he enrolled in the part-time degree programme of the University of Jos, obtaining an LL.B (Hons) in 1992. He then went to the Nigerian Law School, Lagos where he obtained his Bachelor of Law degree and was called to the Bar as a solicitor and Advocate of Supreme Court of Nigeria in December 1993.

Abdullahi Adamu began work in 1967 with the Electricity Corporation of Nigeria. In 1971 he joined the Northern Nigeria Development Corporation (NNDC) Kaduna. In 1973 he joined AEK, a consultancy firm, where he was Project Manager for construction of Durbar Hotel and Murtala Mohammed Square, Kaduna. In October 1975, he was appointed the Executive Secretary of the Benue/Plateau Construction Company by the Benue/Plateau State Government. From February 1980 to  September 1983 he was Chairman of the Benue Cement Company, Gboko.

when the Military was in power, he was appointed to the National Constitutional Conference by General Sani Abacha's administration in 1994. In March 1995, Adamu was appointed a Minister of State for Works and Housing, a position which he held until November 1997.

When the ban on political activity was lifted in 1997, he joined the United Nigeria Congress Party (UNCP). In 1998, Adamu became a founding member of the People's Democratic Party (PDP).

In the 1999 elections, Abdullahi Adamu ran successfully for the position of Governor of Nasarawa State on the platform of the People’s Democratic Party. He was re-elected in April 2003 for a second term in office.

In September 2005, Abdullahi Adamu launched the School Feeding Programme in the State of Nasarawa, which aims to provide a fortified nutritional supplement to primary school children.

After his second tenure, Adamu became Secretary, Board of Trustees (BOT) of the Peoples Democratic Party (PDP). In November 2009, a group of prominent PDP members stated that they would support his candidacy in the 2011 elections for the Nasarawa West Senatorial Zone.

During the 2011 elections, Adamu got the PDP ticket for the Nasarawa West Senatorial seat. Despite hissues being  on the radar of the Economic and Financial Crimes Commission for the  embezzlement of public fund to the tune of  $100 million at the time, his candidature was however, surprisingly not affected as he went on to contest and win the senatorial seat.

He got re-elected in 2015 general elections to represent Nasarawa West again, winning this time with the ticket of the All Progressives Congress (APC).

No reviews yet for Abdullahi Adamu 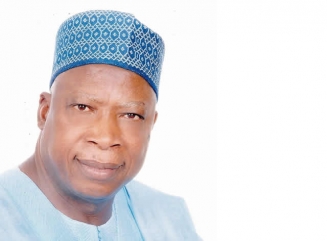