Senator  Abdullahi Danbaba Ibrahim was born in 1956. He is an indigene of Sokoto State.  He is a Senator of the Federal Republic of Nigeria representing Sokoto South Senatorial District.

He attended Government Secondary School, Gusan where he obtained his West Africa School Certificate in 1973, after which he proceeded to Advance Teachers College, Sokoto and got his National Certificate of Education(NCE) in 1976. He bagged a Bachelor’s Degree in Management from the University of Sokoto in 1981. In 1989.

He later attended Loton College of Higher Education, United Kingdom and obtained an Advanced diploma in Accounting. He as well, obtained the membership of the Institute of Cost and Executive Accountants.

Prior to becoming a Senator of the Federal Republic of Nigeria, he was in active public service and administration as Deputy Governor of Sokoto State from 1999 to 2003. In the 2007 elections, he became the Executive Governor, of Sokoto State.

In the 2015 elections, he contested for a seat in the Sokoto South Senatorial District on the Platform of the All Progressives Congress(APC) and Won.

Danbaba is a recipient of the National Award of Commander of the Order of the Niger(CON).

No reviews yet for Abdullahi Ibrahim 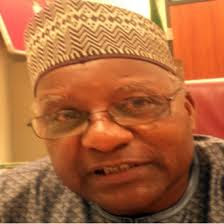