Ordia Akhimienmona  Clifford  was born on May 19, 1960 in Usugbenu, Irrua , in Esan Central Local Government Area of Edo state. He is a Nigerian politician and senator representing Edo Central Senatorial District at the National Assembly.

Ordia had his secondary education at Esan Grammar School, Uromi in Edo State obtaining his WASC in 1979. He then proceeded to Ambrose Alli University (then Bendel State University) where he graduated  with a degree in Civil Engineering in 1986. He obtained a Certificate in Entrepreneurship from the Lagos Business School in 2009.

Ordia worked  with Shell Petroleum Nigeria Ltd immediately after his National Youth Service Corps(NYSC) programme, but however, he resigned in 1991 and founded a construction company FFORDIAC CONSTRUCTION COMPANY LTD, (which owns the Ffordiac Asphalt Plant in Port Harcourt and Ffordiac Quarry Plant at Okpella), a major player in the construction industry in Nigeria. His construction Company  have executed projects for major oil companies and for the Federal Government.

Prior to getting into the senate, Clifford Ordia was the Chairman of a Federal Board, "Upper Benue River Basin Development Authority".

In 2007, Clifford Ordia  'lost' the Senatorial ticket of the Peoples Democratic Party (PDP) to represent Edo Central Senatorial District in the Senate to Senator Odion Ugbesia.

In the 2015 elections however, he contested for and won the Senatorial ticket of the Peoples Democratic Party (PDP) to represent Edo Central Senatorial District in the Senate and subsequently won the election.

No reviews yet for Clifford Ordia 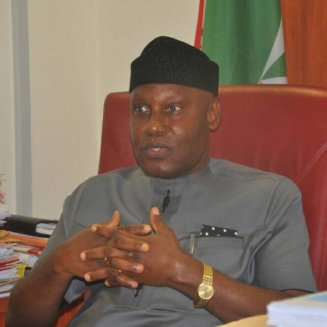