Oluremi Tinubu is the senator representing Lagos Central Senatorial District, she was the former First Lady of Lagos State when her husband Bola Tinubu was the governor of the state. Oluremi was born on September 21, 1960 in Ogun State where she grew up.

Oluremi was the youngest of 12 children and grew up in Ijebu Ode. She attended Our Lady of the Apostles College and sat for her WASC in 1979 and then went to obtain an NCE from Adeyemi College of Education Ondo, in 1982. Armed with her NCE, Oluremi proceeded to University of Ife now Obafemi Awolowo University, Ife, where she obtained a degree in Biology Education. She also holds a Post Graduate Diploma in Theology(PGD) from the Redeemed Bible College Ogun Station.

Senator Oluremi is an educator, she was a high school teacher before venturing into politics. She first had a taste of Nigerian politics when she became the First Lady of Lagos when her husband, Chief Asiwaju Bola Ahmed Tinubu was Governor of Lagos between 1999 to 2007. While she was First Lady of Lagos, Oluremi started a Non-Profit Organization, the New Era Foundation, which is dedicated to women empowerment, youth development, and girl-child education.

In 2011, Oluremi Tinubu contested for the senatorial position of Lagos Central  Senatorial District on the platform of Action Congress of Nigeria(ACN) and was successful. She contested again in 2015 for the same seat and again was successful, but this time on the platform of  the All Progressives Congress (APC), a party that was formed from the merger of many other political parties of which ACN is one of them.

Senator Oluremi Tinubu is married to Asiwaju Bola Ahmed Tinubu, the former governor and chieftain of the APC. Their marriage is blessed with three children.

Tinubu has won several awards and honours including National award of the Officer of the Order of the Niger [OON], Ghana Noble International Award for Leadership (2004) and Gambian Diamond Award for Immense Contribution to the Emancipation of People from Poverty (2005).

No reviews yet for Oluremi Tinubu 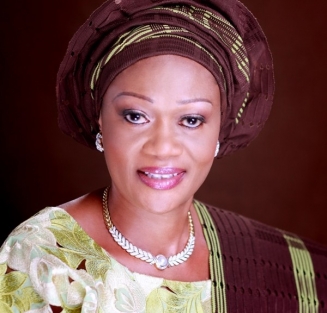