Duro Samuel Faseyi is the Honorable senator representing Ekiti North Senatorial District. He was born on May 18, 1956.

He completed his primary school education at St David’s Primary School and  then proceeded to Ajayi Memorial Secondary School where he obtained his West African SchooL Certificate in 1975.

Faseyi moved north in his pursuit of higher education, gaining admission to study at theUniversity of Maiduguri and graduated in 1989 with a Bachelor of Arts degree in Business Studies. For his masters however, he attended the University of Ado-Ekiti where he obtained his MBA in 2000.

Prior to his election into the senate he has been in the House of Representatives from 2003 to 2015.

In 2015, he contested for the senatorial seat for Ekiti North and won on the platform of the Peoples Democratic Party (PDP).

No reviews yet for Duro Faseyi 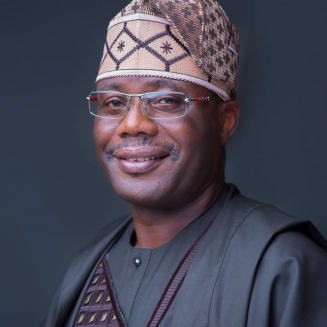