Bassey went to the University of Uyo where he studied economics and graduated in the year 1997 with Second Class Upper Division. After his first degree, he proceeded for a post-graduate degree and earned his Master’s in Business Administration (MBA) from the University of Nigeria Nsukka.

Bassey started his career as a banker in 1997 with United Bank for Africa (UBA) Plc in Lagos. In the year 1999 he became the manager, Corporate Banking Group at Continental Trust Bank at its Victoria Island Head Office in Lagos.

In 2005, he joined First City Monument Bank as Assistant Vice President, where he was the General Manager in charge of Akwa Ibom and Cross River States.

Bassey was appointed commissioner in the Executive Council of the Akwa Ibom State Government in 2007.

In April 2009, he chaired the first ever Akwa Ibom state Revenue summit.

In 2014, Bassey Albert declared his intention to contest for the Governorship seat of Akwa Ibom State, but after the primary he lost out to the current incumbent Mr Udom Gabriel Emmanuel.

In the 2015 general elections, Bassey contested for the senatorial seat of Akwa Ibom North East Senatorial District and won, on the platform of the Peoples Democratic Party. He was sworn in as a Senator on May 28, 2015.

Bassey Albert is a loving husband and father of four lovely children. He is also a great philanthropist.

Bassey has won several awards and recognitions, including the following:

He holds many traditional titles, including the OBONG UFORO AKWA IBOM STATE (Monarch of Prosperity of Akwa Ibom State) by the Paramount Ruler of Etinan and Chairman, Akwa Ibom State Council of Chiefs, His Majesty Edidem Dickson Umoette and IBEREDEM IDIDEP(Rock of Ididep) by Clan Head of Ididep.

No reviews yet for Bassey Akpan 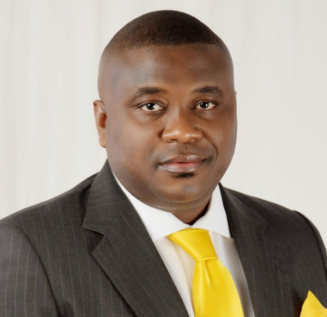