Abubakar Kyari was born February 25, 1963. He is a senator of the Federal Republic of Nigeria representing Borno North Senatorial District.

He attended Kaduna Capital School in 1974, and then proceeded to Barewa College Zaria where he obtained his WASC In 1979. after his secondary education, Kyari attended the University of Tennessee Martin in the US, where he obtained a Bachelors degree in 1986. Thereafter, he attended Webster University St.Louis Missouri USA, for a Masters in Business Administration (MBA) in 1989.

In the 2015 general elections, he contested for the Borno North Senatorial seat and won on the platform of the All Progressives Congress.

No reviews yet for Abubakar Kyari 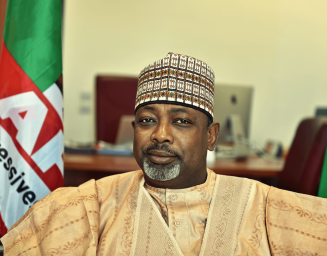