Senator Mohammed Sha'aba Lafiagi  was born on February 11, 1940. He is an indigene of Kwara State of Nupe extraction and comes from the royal family of the Sha'aba of Lafiagi Emirate in Edu Local Government. He represents Kwara North Senatorial District at the National Assembly.

Alhaji Lafiagi is a man of industry and started working at a very early age.

He joined the Northern Civil Service as a Clerical Officer in the Ministry of Agriculture, Mokwa and Ilorin respectively in 1959 and while working he attended the Institute of Aministration in Zaria for a one year course in 1962, after which he went on to work with the Sokoto Rural Elecric Board from 1974 to 1989. He also worked with the Nigerian Sugar Company from 1981 to 1989.

Alhaji Sha'aba Lafiagi's foray into politics started when he was elected Governor of Kwara State in January 1992 on the Social Democratic Party (SDP) platform, and was removed from office by the administration of General Sani Abacha in November 1993.

He became a member of the Board of Trustee of the People's Democratic Party (PDP).

In February 2009 he was appointed Chairman of the National Sugar Development Council, a parastatal. He led the planning committee for the 20 April 2009 Special National Convention of the PDP.

He contested for a seat in the Kwara North Senatorial district in the 2011 election and won.

In the 2015 elections, he again contested for a seat in the Kwara North Senatorial District on the platform of the All Progressives Congress.(APC) and emerged winner..

He is the Chairman, Senate Committee on National Security and Intelligence as member House of Reps Committee on Land Transport .

Senator Lafiagi is recognized with the National Merit Award of the Commander of the Order of the Niger (CON).

No reviews yet for Mohammed Lafiagi 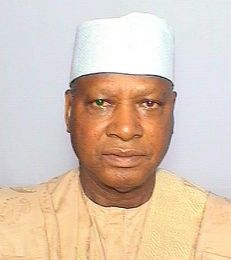