Chief Athan Nneji Achonu, was a one time Senator of the Federal Republic of Nigeria and represented Imo North at the Federal House. He was born on May 31, 1959 and hails from the Okigwe extraction of Imo State, Nigeria.

He had his early education at Madonna High School Etiti in Imo State, Government College Umuahia in Abia State and then proceeded to John Cabot University, Rome, Italy.

Achonu is popularly known as the one-armed General. He is a renowned agronomist. The  spectacular thing about this courageous man is the fact that he has only one arm! Many would have perceived this as a disability but he has not allowed that to deter him in his ambition.

He is an astute business man who has over the years recorded giant achievements in the business world. Amongst his successful companies which he built from scatch and took to an enviable peak are Nejach Engineering Limited, Okebaram Resources Limited, Mathan Nigeria Limited, Orient Refining Company Nigeria Limited and Chia Enterprises Limited.

In 2015, Chief Athan Nneji Achonu contested for the Imo South Senatorial seat and was declared winner on the platform of the People’s Democratic Party.

However,  in December 2015, the Appeal Court sitting in Owerri, Imo State capital upturned his election at the instance of the candidate of the Accord Party that Athan's party’s logo was not included in the ballot papers used for the 2015 National Assembly election.  The candidate of the All Progressives Congress, APC, Benjamin Uwajumogu was then declared the winner of the polls.

No reviews yet for Athanasius Achonu 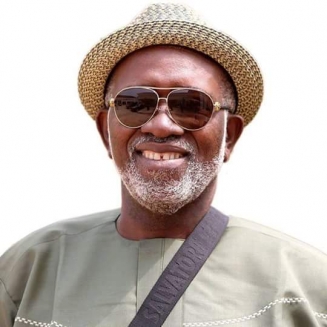