Emmanuel Nnamdi Andy Uba is the senator representing Anambra South Senatorial District. He is from Uga town  in Aguata Local Government Area of Anambra State and was born on December 14, 1958 in Enugu, Enugu State, Nigeria.

After secondary education, Uba traveled oversea for his tertiary education. He obtained a Bachelor of Science degree in Geology from the Concordia University Montreal, Canada in 1984.

After his first degree, he worked for some time with Golden State Mutual Insurance in California between 1985 and 1992 and then engaged in further studies at California State University and later Buxton University where he obtained a PhD in Bio-sciences in 1996.

While at the United States, Andy Uba participated in the electioneering process that brought Olusegun Obasanjo to power in the year 1999. In recognition of his contributions, Uba was appointed Special Assistant on Special Duties and Domestic Affairs to President Olusegun Obasanjo.

In the 2007, Uba contested for and was declared winner of the  Anambra State governorship elections. However, Peter Obi challenged the election on the context that because the courts had recently accepted that he, Obi, had won the April 2003 elections on 15 March 2006, he still had three more years on his four-year term to serve. The courts accepted this argument and on 14 June 2007 nullified Andy Uba's election.

In November 2009 it was reported that Uba was planning to run for the delayed Anambra State gubernatorial elections in February 2010 on the Labour Party platform.

After defecting to the Labour Party, Uba contested In the February 2010 elections but was not successful.

In April 2011, Andy Uba returned back to the PDP and was nominated for the Anambra South Senatorial District elections which he went on to win.

During the 2015 elections, Uba contested again and was re-elected for a second term.

No reviews yet for Emmanuel Uba 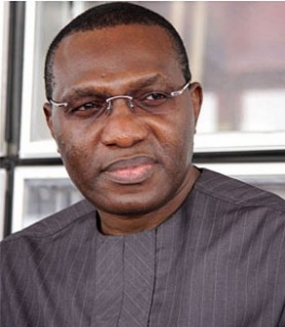