Senator Ali Wakili was born on January 01, 1960. He  represented Bauchi South Senatorial District at the National Assembly and unfortunately died in office on March 17, 2018.

Malam Wakili would have been 61 years old, if he were alive today. May his soul rest in peace.

He also attended Nigerian Customs training school, lagos in 1984 and the Infantry Centre and School, Jaji in 1991.

Ali Wakili is a was engaged with the Nigeran Customs Service from  1991 to 2009 when he retired as a Comptroller of Customs.

In the 2015 elections he contested for the Bauchi South Senatorial seat and won on the platform of the All Progressives Congress(APC).

Unfortunately Wakili died in office on the morning of March 17, 2018.

No reviews yet for Malam Wakili 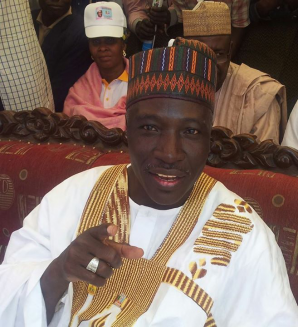