Senator Mustapha was born on 22nd June 1974. His parents are both indigenes of Niger state, from the old Local Government Area of Gbako, now Bida.

Senator Mustapha was born on 22nd June 1974. His parents are both indigenes of Niger state, from the old Local Government Area of Gbako, now Bida.

He later proceeded to the prestigious Ahmadu Bello University, Zaria where he read Architecture (1993- 2000) and later went on to do his National Youth Service at Abuja in the Abuja Investment Company.

Mustapha Sani became Managing Director of Diamond Property Inv. LTD from 2008 -2015 when he was elected as the distinguished Senator of the Federal Republic in 2015 till date.

However, despite being in court with his opponent whom he defeated hands down at the party primaries and later challenged his victory to the National Assembly, Senator Mustapha was not distracted from his responsibilities as a Senator but has remained focus and determine to carry out his duties as he was sent by his people from Niger South to perform.

Therefore, the humble Senator Sani’s achievements are already manifesting as the court, which is the last hope for the common man, affirmed his election in June 2016.

He is married with children and his hobbies are reading, playing Snooker and designing (Architectural).

No reviews yet for Mohammed Sani 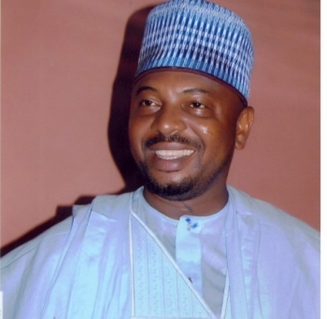