Efetobore Peter Sodje was born on October 5th, 1972 in Greenwich, London, England.His family originate from Warri, in Delta State. Sodje is famous for wearing a do-rag, something he started doing in 1994 at the request of his mother. The headband often has the words "Against All Odds". He is a retired professional footballer who played as a central defender for numerous clubs in the United Kingdom and the Nigerian national team.

Sodje began his career playing for Stevenage Borough in the Conference National, who he had signed for ahead of the 1994/1995 season. Prior to signing for Stevenage, he had unsuccessful trials at both Wimbledon and Luton Town. He featured in Stevenage's reserve side throughout August 1994, waiting for his international clearance to come through before making a first-team appearance. He eventually made his debut on 27 September 1994, starting in Stevenage's 1–0 defeat at Welling United. Sodje made a total of 33 appearances during the 1994/1995 campaign, scoring once in a 5–0 win over Yeovil Town, a game in which he came off the substitutes' bench to score. Sodje remained at Stevenage the following season, helping the club win the Conference National title, however they would be denied promotion to the Football League due to insufficient ground facilities. During the season, he made a total of 49 appearances, scoring five goals, four of which came in the league. Sodje's third season at Stevenage was his best in goalscoring terms; he scored 7 times in 55 games in all competitions as Stevenage finished the season in third place, beaten to the title by Macclesfield Town. He left Stevenage at the end of the season to join newly promoted Football League side Macclesfield Town. He had made 138 appearances for Stevenage during his three-year spell with the side, scoring 13 goals. He scored on his Football League debut, which was also Macclesfield Town's first game in the League. He played 83 times and scored 6 goals for Macclesfield Town before he left to join Luton Town in 1999; there, he made only 9 appearances and was loaned out to Colchester United for part of the 1999/2000 season. Sodje made three appearances for Colchester before returning to Luton. He moved to Crewe Alexandra in 2000, where he made 97 league appearances over three seasons. His first goal for Crewe came in their 4–2 win over Portsmouth on 8 December 2001. During his time at Crewe Sodje was called up to the Nigeria squad for the first time in his career, and played at the 2002 FIFA World Cup in Japan.

He joined then Division 3 side Huddersfield Town, where he was made captain. His Town debut came in their 2–1 win over Derby County in the first round of the League Cup on 12 August 2003. His league debut came in their 2–2 draw with Boston United on 16 August. He scored his first goal for the Terriers came in their 2–0 home win over Boston United in January 2004. In his first season with the Terriers he helped them to the Division Three Play-off title. Sodje was also voted into the PFA PFA Players' Division Three team of the season for the 2003/2004 season. He left Southend following their relegation from the Championship in the 2006/2007 season. On 10 July 2007, he joined League One side Gillingham on a two-year deal, and made his debut in the 1–0 away defeat to Cheltenham Town on 11 August. In February 2008 he joined Bury on loan until the end of the season, and was transfer listed on 5 June 2008. It was announced on 1 July 2008, that his contract had been terminated by Gillingham. He was signed by Bury on a two-year contract as a player-coach, on 3 July 2008. At the beginning of the 2010–11 season, he was named 2nd vice-captain by Alan Knill after Ryan Lowe. In May 2011 he signed a new two-year contract extension. On 4 June 2013 it was announced that Sodje would return to Macclesfield Town as assistant manager to John Askey. Sodje would also register himself as a player for The Silkmen. He left the club for undisclosed reasons in November 2015.

Although born in England Sodje like his brother Sam represented Nigeria at international level. He was part of the squad that finished second to Cameroon in the 2000 African Cup of Nations. He was also part of the Nigeria squad that went to the 2002 FIFA World Cup making two appearances against Argentina nad England. He played 12 times for Nigeria , scoring once in a 2–1 friendly win against Republic of Ireland.

In September 2017, Sodje and his two brothers were accused of money laundering. The former Huddersfield Town player Efe Sodje and two of his footballing brothers helped launder cash from an £80,000 international fraud.

Sodje is married to Susan Oghenekewe. He became a father for the first time in November 2012 with his wife giving birth to baby boy Luca. 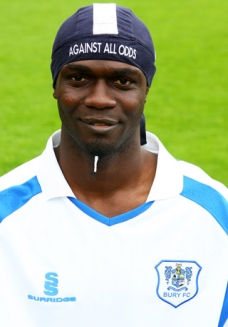