Amapakabo comes from a very large family from Rivers State; with 11 boys and 11 girls. He grew up like most young Nigerian child surrounded deep love within the family. He was privileged to play football while in school.

Amapakabo started his football career as a striker, but ended up as a goalkeeper when he kept goal for his youth team in a cup competition, where he claimed the Most Valuable Player of the tournament. He was part of the victorious Golden Eaglets team that won the maiden edition of FIFA U17 World Cup in 1985 at China as the team's second choice goalie.

Amapakabo started his touchline chore with Sharks FC (now Rivers United) in 2002. He spent over a decade coaching his home club before he was relieved of his job in a most uncomplimentary fashion. That was during the 2011/2012 NPFL season when the technical crew headed by former Under-20 coach, John Obuh was indicted in a match fixing scandal. He departing in 2012 for Enyimba FC, where he worked as assistant coach for two years. In 2014, He left for Enugu Rangers to serve as an assistant coach to Kelechi Emeteole. In 2015, after a three-hour intensive interview with Rangers board of management at the Federal Palace Hotel, Enugu. The then greenhorn tactician was handed the Flying Antelopes’ coaching job. Despite being one of the youngest coaches in the NPFL. On October 2, 2016, Imama took Enugu Rangers to win the 2015/2016 NPFL title after walloping El Kanemi Warriors 4-0 at the Nnamdi Azikiwe Stadium, thereby ending the Enugu based team 32-year trophy drought. After a series of poor results in the following season, the management of Enugu Rangers him on April 9th, 2017, barely few hours after the Nigeria's reigning champions were held to a 2-2 draw at home by Zesco United of Zambia in the first leg playoffs round of the CAF Confederation Cup.

In July 2017, Amapakabo was arrested by the Police for allegedly holding unto Rangers' official car and the key to a three bedroom he was given when he was coach of the club. It was gathered that after he was fired, he wrote to the League Management Committee (LMC) alleging wrongful termination of contract and both parties were invited by the LMC to state their cases. The coach was arrested in Abuja after the meeting among the parties.

In October 2017, Amapakabo signed a two-year-contract with Nigeria Professional Football League Leaguee (NPFL) side El-Kanemi Warriors of Maiduguri. The deal worth #750,000 monthly makes him presently the highest paid coach in the Nigerian League.

Amapakabo is a lover of books and reads a lot about psychology, philosophy and football. He surfs the Internet with an unusual intensity in a bid to search for new knowledge and his daily routine are not completed without some introspection about the thoughts of what should have been or not. He also has a large collection of unpublished poems.

No reviews yet for Imama Amapakabo 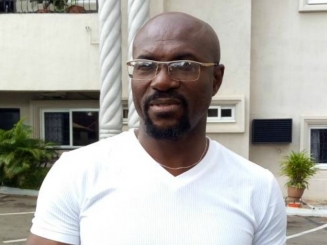