Salisu Yusuf was born on January 1st, 1962 in Zaria, Kaduna State, Nigeria. He is a former footballer and currently Head Coach of the Nigerian national team.

Yusuf grew up in his hometown of Zaria where he had a successful stint with Nasara FC.

Like many of his coaching contemporaries, Yusuf has experience playing in the Nigeria Professional Football League (NPFL). As a player, he featured for the likes of Ranchers Bees and El-Kanemi Warriors. He also represented Nigeria at both junior and senior levels.

He was first appointed a coach with the Super Eagles under Samson Siasia in 2009. He has since been around the Super Eagles coaching crew and is one of the most familiar faces around the squad. He was also named as an assistant coach under the late Stephen Keshi and was part of the coaching team that led Nigeria to the 2013 AFCON title.

Upon leaving Enyimba Football Club, Yusuf joined El-Kanemi Warriors as technical adviser before he went on to be named assistant coach to Stephen Keshi who was serving as head coach of the Nigerian senior football team. As interim coach of the Super Eagles, Yusuf oversaw two matches and both were successes. He was in charge for the friendlies against Luxembourg and Mali in May 2016 and his team won both matches.

On 24 October 2016, he was officially appointed by the Nigeria Football Federation as the chief coach of the Nigeria national football team. He led the Nigerian national team to consecutive second place finish at the 2017 WAFU Cup in Ghana and the 2018 CHAN Tournament in Morocco.

Yusuf has a CAF A licence. He is married and has children.

No reviews yet for Salisu Yusuf 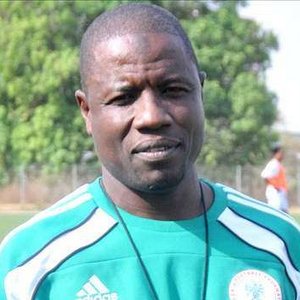