Patrick Olusegun Odegbami, often shortened to Segun Odegbami was born on August 27th, 1952, in Abeokuta, Ogun State, Nigeria. He is a retired Nigerian footballer who played as a forward. He was nicknamed Mathematical for his precise style of play. He was also famous for running down the touchline with the ball to prevent opponents from getting it. Odegbami is regarded as one of the greatest Nigerian and African players of all-time.

Odegbami was brought up in the northern city of Jos, Plateau State, The original source of the nickname "Mathematical" was because Segun Odegbami attended and graduated from Nigeria's premier technical institution; The Polytechnic, Ibadan where he studied Engineering.

Odegbami won 46 caps and scored 23 goals for the National Team, and guided Nigeria to her first Africa Cup of Nations title at the 1980 tournament in his homeland. He was famous for his skill on the ball, speed and precision of his crosses from the right wing. He played for IICC Shooting Stars of Ibadan his entire career, from 1970 to 1984. His last game was the 1984 African Champions Cup final defeat to Zamalek of Egypt.

In September 2015, former Nigeria national football team captain Segun Odegbami stated his intention to run for FIFA presidency, a bid which was not successful.

Odegbami's younger brother, Wole Odegbami, is also a former national team player. He is currently a columnist in Nigeria. In 2007 Chief Segun Odegbami appeared on Nigerian Who Wants To Be A Millionaire hosted by Frank Edoho. He played a game for charity with the much loved Zebrudaya and donated all his winnings to The Little Saints’ Orphanage on the Strong Tower Mission. He runs a footballer academy in Lagos known as Segun Odegbami International College and Sports Academy (SOCA).

Segun dated top Talk show star Presenter and mother of his daughter – Morenike, Funmi Iyanda. In 2010, he got married to Oyindamola Adeyemi who he met at an event he put together for his NGO. He has a daughter, Funmi, a talented musician based in the UK, from his first marriage.

Odegami's Victory at the African Cup of Nations in 1980 earned him and the entire team the National Award of Member of the Order of the Niger (MON).

No reviews yet for Segun Odegbami 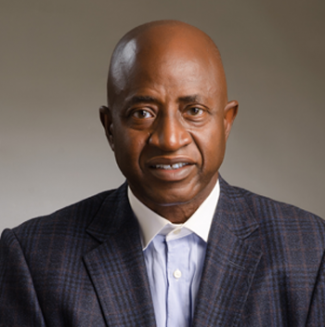