Gilbert Emeka Nnaji was born on July 18, 1966. He is an indigene of Amorji Nike in Enugu State and the senator representing Enugu East Senatorial District at the National Assembly.

Gil, had his primary education at Community Primary School, Amorji, Nike and then proceeded to Boys High School Awkunanaw(Union Boys) where he had his secondary education. He then attended the University of Nigeria(UNN) and graduated with a B.Sc in Banking and Finance.

Gilbert Nnaji began his career in politics when he became the Chairman of the Enugu East Local Government  from 1997 to 1998. He was again re-elected as Chairman from 1999 to 2002.

In the 2015 elections, he contested for the Enugu East Senatorial District  senatorial position and won on the platform of the People’s Democratic Party(PDP). However, his opponent, former Governor Chimaroke Nnamani went to the election petition tribunal to contest the result.

The tribunal in its judgement ruled that Nnaji was not the duly elected candidate in the election.

The tribunal ordered the Independent National Electoral Commission (INEC) to issue the Certificate of Return to a former Governor of the state, Chimaroke Nnamani, who contested on the platform of the People for Democratic Change (PDC) and got the highest number of votes in the election.

However the decision of the Tribunal was upturned by the Court of Appeal which sat in Enugu on December 08, 2015, declaring Senator Gil Nnaji the winner of the Enugu East senatorial elections.

Senator Gil Nnaji is a Christian and was married to Mrs Ann Nnaji, who passed away in September, 2017 after a protracted battle with an undisclosed ailment. He is blessed with children.

No reviews yet for Gilbert Nnaji 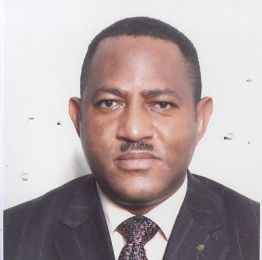