Kabiru Ibrahim Gaya is the senator representing Kano South Senatorial District, he was born on June 16, 1952.  He hails from Gaya Local Government Area of Kano State.

Kabiru Gaya had his early education at Gaya Central Primary School and then proceeded to Government College, Birnin Kudu where he obtained his SSCE Certificate.

He attended College of Advanced Studies Kano for his A-Levels after which he had his university education at Ahmadu Bello University Zaria where he obtained his Bachelors and Masters degrees in Archirtecture.

He was awarded an honorary Doctorate Degree by the University Of Science And Applied Management, Porto-Novo, Benin.

In 2003, Kabiru Ibrahim Gaya ran on the platform of the National Democratic Party (NDP) for the gubernatorial election in Kano State but was not successful, after which he moved to the All Nigerian Peoples Party (ANPP).

He was a board member of Kano State Environmental Planning and Protection Agency (KASEPPA), a government agency in Kano State responsible for issues concerning the environment in the state which its functions include Urban Planning, Real Estate Development Control, Public Amenities and Convenience Infrastructures Provision and so on.

Gaya contested for and was elected to the Senate to represent Kano South Senatorial District in 2007.

He was an active member of  these Committees: Gas; Local and Foreign Debts; States and Local Government; Upstream Petroleum Resources ; and Works.

Gaya was successfully re-elected for the second time as senator representing Kano South Senatorial District in April 2011 on the platform of the All Nigerian Peoples Party (ANPP).

In 2015, now a member of the All Progressive Congress(APC), Gaya was again re-elected as a senator for the third time in a row.

No reviews yet for Kabiru Gaya 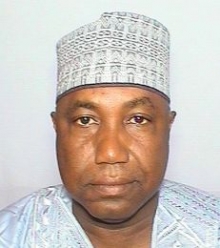