Senator Suleiman Asonya Adokwe is a Nigerian politician and senator representing Nasarawa South Senatorial Distict at the National Assembly. He was born on February 15, 1954 and is a member of the Alago ethnic extraction of the state.

After his secondary education, Adokwe went for further studies, obtaining a Bachelors  Degree in Sociology, Masters in Labour Studies. He went further to  study Law and obtained  a Bachelor of Law Degree after which he was called to the Nigerian Bar.

Adokwe worked as a civil servant with the Nasarawa state civil service from 1979 to 1999. He rose to the position of Permanent Secretary and was later appointed Commissioner for Information and Internal Affairs from 2003 to 2006.

Adokwe contested for the senatorial position of his district, Nasarawa South in the 2007 elctions and emerged winner on the Peoples Democratic Party(PDP) platform.

He successfully ran for re-election in the April 2011 still on the PDP platform.

Adokwe bid for a third term as senator representing Nasarawa South Senatorial district in the 2015 elections was not as smooth as the previous years as he was defeated by Arc Salihu Egyebola of the APC who polled 95,781 votes as against Adokwe's 91,760 votes.

Following the outcome of the elections, Adokwe went to the Election Petition Tribunal sitting in Lafia Nasarawa state to challenge the victory of Arc Egyebola, but he met more bottlenecks as the tribunal dismissed his case for lack of merit on October 12,  2015.

Dissatisfied by the ruling, Adokwe then headed to the Court of Appeal in Makurdi Benue state where the rules were overturned in his favour.

He is the Chairman, Senate Committee on National Orientation and Information.

Senator Suleiman Adokwe is married and blessed with children.

No reviews yet for Suleiman Adokwe 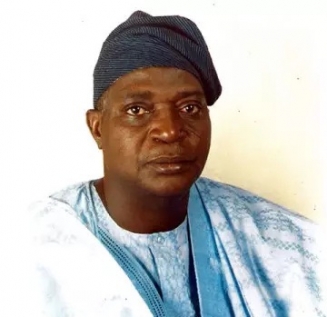