She attended Doherty Memorial  Grammar School, Ijero where she obtained her West Africa School Certificate  in 1974 and then proceeded to the University of Lagos, where she bagged a Bachelor’s Degree in Law in 1995. After her Law School studies Fatimat was called to the Nigerian bar in 1996.

Prior to becoming a Senator of the Federal Republic of Nigeria, Fatimat worked at the Survey Department of the Ministry Of Lands and Housing in Ibadan Oyo State.

She was a principal partner in Fatimat Rasaki & Co. Chambers as well as the Chief Executive Officer of Mimah Global Oil.

In the 2015 elections, Fatimat Raji-Rasaki, contested for the senatorial seat of  the Ekiti Central Senatorial District  at the National Assembly and won using the ticket of the Peoples Democratic Party(PDP).

Her legislative interests include: Good Governance; Protecting the interest of women and the rights of children as well as Legislative scrutiny. 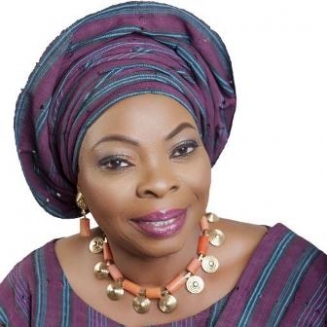