Rilwan Adesoji Akanbi is a Nigerian politician  and senator representing Oyo South Senatorial District. He was born on May 06, 1962 in Ibadan, Oyo State.

Before he jumped into mainstream Nigerian politics, Rilwan worked as a Financial Analyst (Stock Broker) in the United Kingdom  between 1985 to 1988.  He came back to Nigeria in 1989 and became the Executive Director(Operations) of Italstrade Nigeria Limited and left in 1991 and founded R.S.I. Investment and Trust Limited and became the Managing Director/Chief Executive Officer. He became the Executive Chairman of Libragold Travels Group in 1996. He also became the Chairman of  Dynasty Airline Management Limited in 2008.

In the 2015 elections, Rilwan contested for the seat of the Oyo South Senatorial District on the Platform of the All Progressives Congress(APC) and and emerged winner.

His Legislative interests include Aviation, he is also a member of the senate Committee on Solid Minerals.

No reviews yet for Rilwan Akanbi 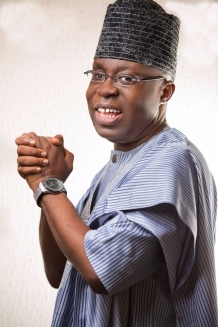