Peter Noeluka Nwaboshi is a Nigerian politician and senator representing Delta North Senatorial District. He was born on July 16, 1958 in Asaba, Delta State.

Nwaboshi started his elementary education at Sacred Heart Primary School and proceeded to St.Thomas Teachers College  where he obtained his West Africa School Certificate in 1976. He then proceeded to the University of Bendel State now Delta State University, Abraka where he graduated with a Bachelor’s Degree in Law  in 1986 and then spent one year at the Nigerian Law School after which he was called to Bar in 1990.

Nwaboshi served as Commissioner in Delta State, from 2000 to 2006. He was as well a political adviser and Chairman  of the Peoples Democratic Party for Delta State.

In the 2015 elections, he contested for the seat of the Delta North Senatorial District on the platform of the Peoples Democratic Party(PDP) and emrged winner

He is a committee member, senate commitee on Niger Delta as well as Ethics, Privileges and Public Petitions committee.

No reviews yet for Peter Nwaboshi 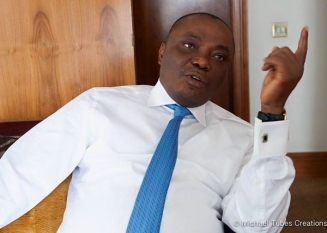