Senator Ben Murray Bruce represents Bayelsa East Senatorial District at the National Assembly. He was born on February 18, 1956 to Mullighan and Margaret Murray-Bruce both from Akassa in Bayelsa State of Nigeria.

He grew up in Lagos, where he attended Our Lady of Apostles Primary School, Yaba Lagos and then St Gregory College Obalende, where he sat and obtained his West African School Certificate(WASC). After his secondary education, Ben proceeded to the University of South Carolina in the United States, where he obtained a Bachelor’s degree in Marketing, in 1979.

Ben started out his career in the public service where he rose to become the director general of Nigerian Television Authority(NTA) from 1999 to 2003.

Apart from his recent prowess and popularity in politics, Ben has been a showbiz man. He started the now defunct Silverbird magazine with his wife in 1980, before delving into promoting concerts, where he has experienced a high degree of success.

He first promoted Miss Universe Nigeria pageant in 1983 then Miss Intercontinental Pageant from 1986 to 1994 and having refused to rest on his oars, he’s still in business and promotes the annual Most Beautiful Girl in Nigeria pageant, which he started in 1986.

Ben ventured into politics in 2011 where he asserted his ambition to run for the Bayelsa state governorship seat on the platform of the Peoples Democratic Party (PDP) but  was unfortunately screened out in the party primaries.

Undeterred he came back again but this time opted to represent Bayelsa East Senatorial Zone at the National Assembly. He eventually won on the platform of PDP in the 2015 general elections.

Ben Murray-Bruce is a successful businessman, entrepreneur, politician and activist and author. He is the founder and  chairman of the Silverbird Group, the holding company for some of the best franchises in the showbiz and infotainment industry including Silverbird Television, Rhythm Fm, Most Beautiful in Nigeria and Silver Film Distribution.

He revolutionized cinema culture in Nigeria with the establishment of cinema houses all over the country.

No reviews yet for Ben Murray-Bruce 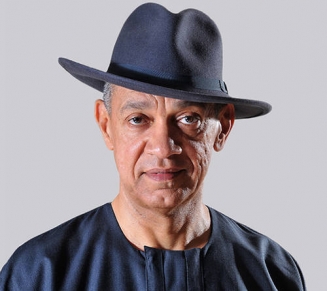