Rose Okoji Oko is a Nigerian politician and senator representing Cross River North Senatorial District at the National Assembly. She was born on September 27, 1956. to Mrs Agbo Ojeka from Opkoma; Yala LGA, Cross River State and father Mr Thomas Ojeka also from Opkoma. She grew up the first of two from her mother and seventh of fifteen from her father who married more than one wife.

Rose completed her elementary school in 1977 from WTC Primary School Enugu after which she attended Federal School of Arts & Science Ogoja in Cross River State to acquire her Higher School Certificate (Nigeria).

A career educationalist, Okoji Oko returned to University of Calabar and graduated with M.A. Linguistics in 1984.

Okoji Oko started her career in the Nigerian Youth Service Corps as a tutor in Edgerly Memorial Girls Secondary School, Calabar in 1981.

In 1989 at the age of 33 she was recognised for her years of service and started her career as a public servant when she was appointed as Commissioner of Education, Cross River State; a position she held till 1991. In that same period, she served as Chairperson Better Life Programme, Cross River Chapter from 1990 to 1991.

Between 1993 and 1994 she was appointed Director General, Provisional Ruling Council again under the then Military Presidency.

In 1995 she was appointed director (NCFR) now known as National Commission For Refugees Migrants and Internally Displaced Persons. She held this position until 2002 when she retired as a public servant to embark on a higher calling of service to her people as a politician.

In 1999 Rose registered and formed part of the team to introduce the People’s Democratic Party (PDP) to Cross River State as an inactive member of the party.

Between 2002 and 2004 after she retired from public service, she registered and introduced the National Democratic Party (NDP) to Cross River State and served as the Deputy Chairman South, Board of Trustees, NDP.

In 2003 when Nigeria held her first democratic election since the handover of power from military to civilian rule, Okoji Oko contested as a senate candidate, Cross River North Senatorial District under the NDP banner, but she lost to the PDP candidate at the time.

She continued to serve as chairman of the board of trustees for the NDP party up until 2007, when she ran in the country’s second official democratic election as a gubernatorial candidate for Cross River State, a contest she lost to the PDP candidate.

In that same year, she re-enlisted as a member with the PDP and in the 2011 democratic elections ran for Member National Assembly, Federal House of Representatives. Yala/Ogoja Federal Constituency and was successful this time.

In 2015 she pointed her political arrow higher and aimed for the senatorial seat of Cross River North District, she contested in the 2015 elections and emerged winner on the platform of the PDP.

No reviews yet for Rose Oko 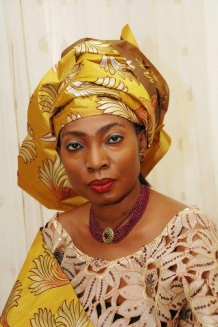