Shehu Sani is a former political activist and Nigerian Politician currently representing Kaduna Central Senatorial District at the National Assembly. He was born on October 29, 1967 in Kaduna, Nigeria.

Sani had his elementary education at Badarawa Primary School, Kaduna where he obtained his Primary School Leaving Certificate in 1980. He then proceeded to Government Science College, Kagara, Niger State, obtaining his O'Level in 1984. He thereafter attended the Kaduna Polytechnic where he obtained a Higher National Diploma(HND) in 1993.

Shehu Sani is an author, a playwright and a Human Rights Activist. He is the President of the group called Civil Right Congress of Nigeria(CRCN) and he is also the chairman Hand in Hand Africa.

As an agitator for democratic rule during the military era, Shehu Sani was arrested and jailed many times by past military regimes for vehement struggles for the restoration of Democracy in Nigeria.

He was jailed for life during the General Sani Abacha regime but was released when democracy was restored in 1999.

In the 2015 elections, He contested and won the Kaduna Central Senatorial District on the platform of the All Proggressives Congress(APC).

Senator Shehu Sani is a member of the following Senate Committees, Local and Foreign Debts, Costitutional Review and Foreign Affairs.

His legislative interests include, Foreign Affairs and Education.

Senator Sani Shehu is married and blessed with children.

Shehu Sani is a recipient of several awards and honours;

No reviews yet for Shehu Sani 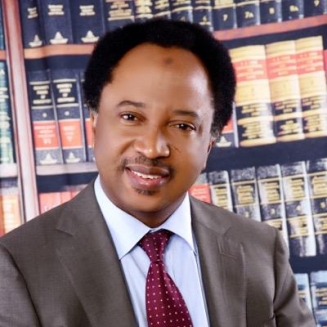