Joseph Phillip Yobo was born on September 6th, 1980 in Kono, a community in Khana Local Government Area of Rivers State, Nigeria. He is of the Ogoni tribe in the State. He is a former Nigerian professional footballer who played as a centre back. He was the captain of the Nigerian national team until his international football retirement in June 2014. He holds the record for the most appearance for Nigeria..

Yobo started off his football career in the year 1996. He was just 16 at the time, and the first club he played for was Michellin-Harcourt. In 1997, he joined the Standard Liége Club and this marked the kick off of his professional senior football career. He made his first-team appearance in the year 2000 and Marseille bought him in 2001. Shortly after this, Marseille gave him up on loan, signing him to play for Tenerife where he spent only nine months. The player returned to Marseille before he was loaned to play for Everton. Luckily for him, he became a steady player of Everton in 2003 after his signing with the club was made permanent. The Nigerian player, of course, bolstered up the team and became the first African to be given the post of a captain in the club. While Joseph Yobo had scored success in the club which he played till 2010, he has also seen some downfalls. In 2009, he scored an own-goal in Everton’s 2-0 loss to Liverpool. This one mistake was almost nothing compared to the strength he brought to the team he represented. But it appeared Everton manager wasn’t having any of it as Joseph was consistently benched before he was finally loaned out yet again in 2010 to Fenerbahce. While at the club, the star scored a goal after playing in 30 official matches. The loan-contract between Everton and Fenerbahce was renewed at a cost of seven hundred thousand Euros and Yobo had another one year deal with the club worth 2.35 million Euros. The contract was also renewed in 2012, but on permanent terms, ending his 10-year stay in Everton.

Similarly, the former Super Eagles captain had many highs in his new club but their deal ended amicably before the 2014-2015 season. In 2014, the club bestowed him with a plaque of appreciation and the same year, he was loaned to Norwich City to play. Apart from playing in foreign leagues, Yobo played internationally as a member of Nigerian senior team in 2002 FIFA World Cup as well as Africa’s Cup of Nations the same year.

He was a member of the Nigeria National Team (Super Eagles) from the year 2001 to 2014. During this period, he made 101 FIFA international appearances, and in all, he scored a total of 7 goals. The part he played in the Nigerian National Team qualified him as the record appearance holder for the Super Eagles. After participating in Nigeria's run to the 1999 FIFA World Youth Championship quarter-finals, Yobo made his senior international debut against Zambia in a 2002 FIFA World Cup qualifier on 24 March 2001. He played in all six of the team's matches in the 2002 Africa Cup of Nations and was included in the squad for the 2002 FIFA World Cup, where he was again ever-present, assisting Julius Aghahowa's goal in a 2–1 loss to Sweden. He made his second World Cup appearance at the 2010 tournament in South Africa, after which he assumed the captaincy on the international retirement of Nwankwo Kanu. The veteran defender was no longer a first choice player at the 2013 Africa Cup of Nations, but lifted the trophy after appearing as an 89th-minute substitute in Nigeria's 1–0 final defeat of Burkina Faso. He sustained a hamstring injury in a match against Benin which prevented him from participating in the Mexico friendly match. He stayed out for about 5 months before he resumed play. It was rumoured then that he went to Prophet T.B Joshua for prayers and healing. Following Nigeria’s loss to France in the round of 16 at the 2014 FIFA World Cup, however, Joseph Yobo announced his international retirement.

In 2016, he reached an agreement with the League Management Company (LMC) and was assignd to play with Kano Pillars for the last 12 matches, under the NPFL Elite Players Scheme.

Yobo married an ex-Beauty Queen, Adaeze Igwe – the 2008 Most Beautiful Girl in Nigeria. Yobo met  Adaeze at an event in 2009, he came to Nigeria to spend a short part of the summer holiday. Joseph and Adaeze got married just a few months after meeting each other for the first time. Adaeze confessed they never knew anything about each other before then. Speculations have it that it was because Adaeze became pregnant that made them to quickly decide for marriage. The wedding was held on the midnight of December 31st, 2009, in Jos, and was not a classy one. However, Yobo defended himself, stating that it was the only time they could have had it for some family reasons. They are blessed with two sons and a daughter.

He owns numerous real estate portfolios including a mansion in Lekki, VGC, and in Abuja. He also owns a duplex in London and a nightclub known as Extreme Reloaded which he bought N80 million.

He established the Joseph Yobo Charity Foundation to help underprivileged children in Nigeria in 2007. He has handed out over 300 scholarship awards ranging from primary to university level. Yobo has also started a football academy in the Ogoni region of Nigeria.  He also runs football camps in Lagos.

Yobo was voted as part of the best African XI for the 2007–08 season at the CAF Awards. After winning the African Cup of Nations with the Super Eagles in 2013, he was conferred with Officer of the Order of Niger (OON) by former president Goodluck Jonathan

Yobo and his wife, Adaeze, were conferred with chieftaincy titles of Mene Aborlo 1 and Waamene Aborlo 1 respectively of Ogoniland by King GNK Gininwa of Ogoni Kingdom on Saturday, 28 May 2016. This was a day after his testimonial match marking his exit from active football was organised by the Rivers State Government on Friday, 27 May 2016.

No reviews yet for Joseph Yobo 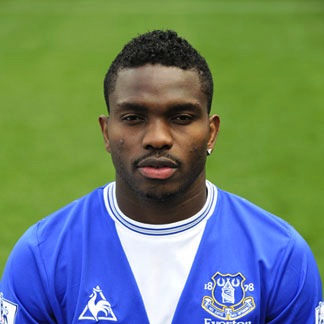