Abubakar Atiku Bagudu was born on December 26, 1961. He came from an affluent family and his father was a director of Primary Education in Kebbi.

He was elected Senator in the National Assembly for the Kebbi Central Constituency of Kebbi State, Nigeria in a by-election after Senator Adamu Aliero was appointed Minister of the Federal Capital Territory in December 2008. He successfully ran for re-election in the April 2011 national elections on the platform of the People's Democratic Party(PDP).

He became the All Progressives Congress (APC) gubernatorial candidate for Kebbi state in the 2015 general elections and was sworn in as the governor on May 29, 2015.

Governor Atiku-Bagudu is a practicing Muslim and is married to two wives, Dr Zainab Atiku Bagudu and Aisha Atiku Bagudu. He is blessed with children.

No reviews yet for Abubakar Atiku Bagudu 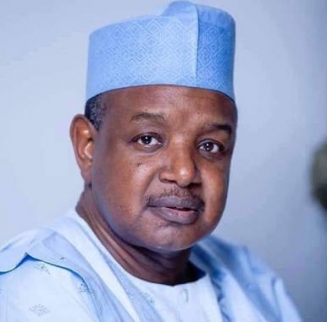