Ashafa Olu Gbenga Bareehu was born on July 22, 1955. He is an indigene of Lagos State and the Senator of the Federal Republic of Nigeria representing Lagos-East Senatorial District.

Bareehu attended C.M.S Grammar School, Bariga, Lagos, where he obtained his West Africa School Certificate in 1973. He thereafter attended the Morgan State University, Maryland, USA where he bagged a Bachelors Degree in Biology 1978 and then proceeded further to get a Masters in Public Health from the University of Tennessee, Knoxville, Tennessee in 1979.

Ashafa completed his National Youth Service between December 1979 and December 1980 at the Federal Ministry of Health – Malaria Control Unit. He served as an Epidemiology assistant under Dr. Abimbola Fari.

In 1983, Ashafa was transferred to Lagos Mainland Local Government with its headquarters on Herbert Macaulay Road, as an Area Officer. As Area Officer, he was in charge of the departmental Tenders Board and the Finance & General Purpose Committee. He also served as Area Officer in Ikeja, Agege and Ojo local government areas (LGAs) from 1985 to 1989.

By 1990, Ashafa had completed nine years of public service and decided to challenge himself by taking on some private sector ventures. He left the public sector for French-Calahan Ventures Limited, which held majority shares in a state controlled cocoa processing plant. He worked as Purchasing Manager at the processing plant for six years until 1996. In 1996, Ashafa founded Beverage Specialties Limited, manufacturers of Choco-Vita (a liquid vitality drink) and Cocoa-Vita (a powdered vitality drink).  He sold the business in 1998 and began another phase of his career.

In 1998, Ashafa worked with a political group towards the emergence of then Senator Bola Ahmed Tinubu as the Alliance for Democracy (AD) gubernatorial candidate for Lagos State. He also worked on Senator Tinubu’s successful campaign for Governor of Lagos State, as one of the campaign coordinators for Kosofe LGA. Subsequently, as a co-opted member of the Governor-Elect’s transition team, he provided the blueprint for the local government reforms of the Tinubu administration.

In January 2001, Ashafa was appointed Executive Secretary, Lagos State Land Use and Allocation Committee. In this role, he was responsible for land allocation and management in Lagos State.

Ashafa was appointed Permanent Secretary, Lagos State Lands Bureau in February 2005. He led his team to execute the computerization of documents in the State Land Registry, the creation of the Land Regularization Directorate and the implementation of the 30-day Governor’s consent policy on land transactions.

Senator Gbenga Ashafa was elected to the Senate of the Federal Republic of Nigeria as the Action Congress of Nigeria (ACN) candidate from Lagos East in April 2011. He was sworn in as a senator on 6th June 2011. It is noteworthy that Senator Ashafa’s district is one of only two senatorial districts in South-West Nigeria, that the ACN won in the 2011 Presidential elections.

Ashafa was successfully re-elected on the platform of the All Progressives Congress (APC) in the 2015 general elections.

Senator Ashafa has been married to Folashade Omobola Ashafa (nee Edun) since 1979 and they are blessed with children and grandchildren.

No reviews yet for Bareehu Ashafa 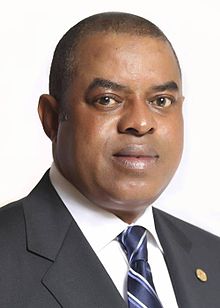