Julius Efosa Aghahowa was born on February 12th, 1982 in Benin City, Oredo Local Government Area of Edo State, Nigeria. Aghaowa was a professional footballer who played as a striker in Ukraine, England and Turkey. He also played for the Nigerian national team.

Aghahowa grew up in Edo State where he attended primary and secondary schools. He went on to join Police Machines football academy and Bendel Insurance.

Aghahowa signed for Danish lower division team Herning Fremad before the 1999 African Youth Championship, but Aghahowa performed so well there that he wanted to play for a bigger club. He ended up with the Tunisian champions, Espérance, when he procured a contract with the Tunisians which predated the Herning Fremad contract. In the middle of the 2000–01 season, he moved to Shakhtar Donetsk, who soon won the Ukrainian league championship. Aghahowa won the game for Shakhtar in the 2006 Ukrainian Championship against Dynamo Kyiv, heading the winner in extra-time and being named man of the match. His performance in the final has been widely seen as the "saving grace" of his career at Shakhtar, with his future at the club looking bleak earlier in the season. After playing over six years for Shakhtar Donetsk, Aghahowa left for Wigan Athletic. His work permit was passed and on 30 January 2007, he signed for Wigan Athletic for an undisclosed fee, playing his first Premiership match for them against Portsmouth on 3 February. Aghahowa did not score for Wigan in one and half years and on 20 June 2008, he signed for Kayserispor.

On 4 July 2009, Shakhtar Donetsk signed Aghahowa on a free transfer after he was released by Kayserispor. He had already played for Shakhtar from 2000 to 2007 and declared a great desire to play for his old club. However, he could not find himself as a regular starter and was loaned out to PFC Sevastopol at the beginning of the 2010–11 season. He was released at the end of the 2011-12 season, announcing his retirement from the game in April 2013. Aghahowa played 32 matches and scored 14 goals for the Nigerian national team, including their only goal at the 2002 World Cup against Sweden. He became Nigeria's top goalscorer at the 2002 African Nations Cup. He also played at the 2000 Summer Olympics. He was known for his pace and his back-flips when he scored goals. Aghahowa became the first foreign national outside the former Soviet Union who was among the best scorers in the Ukrainian Premier League (2000/2001 season).

In August 2001, Aghahowa got married to Ijeuru Aghahowa. He is a strong christian. His daughter Isabel released a book at the age of 13 titled 'The Ellegers' back in 2014. She is studying in the UK, and also a budding actress who has made a few appearances in a few Nollywood movies. He is also a big time investor in real estate. He is a proud owner of two houses in London, 18 blocks of flats at Lekki, all rented by oil companies, four plots of land at VGC, Lagos, a twin duplex and another one where he lives.

Following his retirement from professional football, Aghahowa went on to study Art and Textiles at Falmouth University (then University College Falmouth) and was last known progressing a new career as an assistant librarian in Kempston, Bedfordshire, UK.

No reviews yet for Julius Aghahowa 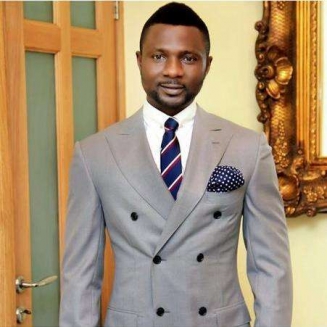