Daniel Olusola Shittu was born on September 2nd, 1980 in Lagos, Nigeria. He is a Nigerian footballer who is a free agent after being released by Millwall in 2015. A centre back, he has made 346 appearances in the Premier League and Football League, including 190 for Queens Park Rangers.

Shittu moved to England when he was seven years old and raised in the "tough area of London’s East End". Growing up as one of seven brothers and sisters, he started out his football career at Carshalton youth team in the Rymans League, but struggled and was released. He grew up idolising former England and Arsenal defender Sol Campbell, who Shittu grew up just down the road from in the East End. He was a childhood friend of rapper Dizzee Rascal, who described Shittu as "like a big brother". At sixteen, having done well in school, (which Shittu recalled: "I went to study business and finance after I did my GCSEs,’ he says. ‘I liked it and I did well. I passed it easily and I was thinking I’d like to go on to university and study computer science, but I started getting these thoughts about football"), Shittu revealed that Fulham offered him a two-year YTS contract, but said: "I said I’d be back, but up until today I never turned up." When he was seventeen years old, Shittu was on the verge of going to university, studying computer science for a degree. However, he decided against going to university, having realised that: ‘I can’t work in an office all my life – I’m going to be a footballer’’ and had ambitions by becoming a professional footballer. He wrote letters to over 92 clubs for a trial, but three clubs responded with a no. But Charlton Athletic gave him a one-week trial after convincing the club’s academy that he was good enough in a "20 minutes phone call". Eventually, his one-week trial at Charlton Athletic turned into a six-week trial, leading him to sign a one–year professional contract with them and begin to play football seriously.

Shittu began his career at Charlton Athletic, after a trial at Norwich City as a teenager. Shittu started in 28 games for Charlton scoring a record 14 goals as a centre back. Two years after joining Charlton Athletic, he signed a contract extension with the club, keeping him until 2003. Soon after signing a contract extension with the club, Shittu was loaned out to Blackpool and scored on his debut on 22 February 2001, in a 2–0 win over Lincoln City. He then scored his second goal for the club on 30 April 2001, in a 3–2 win over Barnet. At the end of the season, Shittu appeared two times for the side in the Football League Third Division play-off before returning to his parent club, having "met the maximum number of days allowed" at Blackpool and the club was promoted after beating 4–2 Leyton Orient in the play-off finals. During his time there, Shittu became a first team regular at Blackpool and became the club’s fan favourite. In the summer of 2001, he was linked with a move away from Charlton, with Blackpool keen on signing him, but the move never materialised. But instead in October 2001, he was loaned out to Queens Park Rangers. His debut for QPR as a loanee, away at Peterborough on 23 October 2001 in a Football League One fixture, was rather inauspicious ending in his being sent off in the 83rd minute. His first goal came away at Chesterfield on 15 December 2001 in a game in which he was again sent off. The club acquired his services permanently for £350,000 in January 2002. In the summer transfer window of 2006, Shittu became a subject of a transfer speculation from Premier League clubs, but the club won’t sell him for less than £3 million. On 3 August 2006, Queens Park Rangers accepted a £1.5 million bid accepted from West Bromwich Albion, which the bid could rise to £3m, based on his performance. On 6 August 2006 he was signed for £1.6 million by Premiership newcomers Watford. This move was controversial, as Shittu had passed a medical at West Bromwich Albion, before a late call from Watford manager Aidy Boothroyd. Prior to the transfer move, Shittu hinted a move to the Premier League a year before in an interview with London Evening Standard. He made his debut on 19 August against Everton. Shittu joined Premier League club Bolton Wanderers on 6 August 2008, on a three-year contract, for £2m plus further add-ons, beating off competition from Scottish Premier League club Rangers.

After leaving Bolton Wanderers, Shittu was offered a trial at Celtic, the trial never went ahead, as Shittu reportedly refused a week trial by them. He signed for Millwall on a three-month contract, on 20 October 2010 and made his Millwall debut three days later, on 23 October 2010, in a 2–0 win over Derby County. On 27 January 2011, he rejoined Queens Park Rangers on a 6-month contract. After impressive performances in the Championship winning season, Shittu was offered a new 12-month contract in June despite being on the substitute bench for several matches as the 2010/2011 season progressed. The following month, he signed a one–year contract with the club. However, He did not make the 25-man Premier League squad meaning he only appeared in Rangers' League Cup campaign. He was then released at the end of the season, making only one appearance the whole season. Five years on, he was later inducted to The Forever R's Club, considering the fact the club referred him as a “mountain man". On 13 August 2012, he rejoined Millwall on a 1-year contract following a successful trial. Upon joining the club, Shittu joined Millwall as a result of short of cover at centre-back following the injuries of Tamika Mkandawire and Paul Robinson. He made his second Millwall debut the next day on 11 April 2017 against Crawley Town in the first round of League Cup, where he came on as a substitute in the second half and played throughout extra time, leading to penalty shootout, as a result, Millwall went on to lose 4–1. At the end of the season, making eleven appearances and scoring two times in all competitions, Shittu was among eighteen players to be released by the club following their relegation in the League One.

In March 2001, Shittu, just 19 at the time, received his first call up by the Nigeria for a friendly against Libya, but did not play. He made his international debut for Nigeria against Paraguay on 26 March 2002, coming on as a second-half substitute, in a 1–1 draw. After several years absence from the international commitment, he was called up by the national team for the first team in years. He was a regular under coach Berti Vogts and played a significant role for the Super Eagles team that lost in the quarter-finals of the 2008 CAF Africa Cup of Nations to hosts Ghana. He was also in the back four for Nigeria at 2010 Africa Cup of Nations in Algeria as the side finished third. He was involved in the qualification for the 2010 FIFA World Cup making four appearances for the Super Eagles with his first coming in a 1–0 win away to South Africa on 6 June 2008. His second came in a 4–1 win at home over Sierra Leone. As well as the 0–0 draw away with Mozambique and the 1–0 home win in the reverse fixture. Despite making no appearance for Bolton Wanderers in the 2009–10 season, Shittu was selected for the 23-man Nigeria squad for the 2010 FIFA World Cup in South Africa. He made his first appearance in the World Cup in their opening game of Group B against Argentina on 12 June 2010. After appearing two times against South Korea and Madagascar, he was eventually dropped from the squad in September 2010. Although he was called up by the national team a year later, he remained out of the first team. In January 2013, he joined the Nigerian squad for the African Cup of Nations tournament. However, the club were unwilling to let Shittu joined up the side for the tournament and because of this, Millwall would face sanctions as a result. Eventually, Shittu was dropped out the squad following the 23-man squad was made and was reportedly not interested playing in the tournament. He later reflected on his international career, stating that he’s proud of the international caps he earned.

In addition outside of football, Shittu run Eastside Academy in London since 2002. He also has interests in business, which he inherited from his family and is trying to make it as an entrepreneur. In 2010, he was also responsible for opening a project called 'Dan Shittu’s Soccer Star Football Talent Hunt', stating that he wanted to "see Young Stars live their dream". During his time at Millwall, he also spoke out against racism on two occasions.

At the end of the 2014/2015. Shittu was honoured with the PFA Player in the Community award.

No reviews yet for Danny Shittu 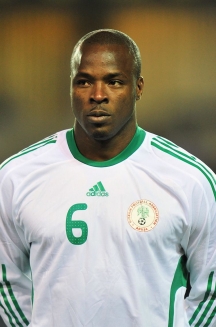