Effiong grew up in the coastal town of Oron where he completed his primary education before proceeding to Methodist Boys' High School, Oron where he obtained his WASC. He thereafter travelled to the United States, where he attended the University of Houston, Texas and obtained his Bachelors degree  in Business Administration as well as a Masters in Business Administration in 1978 and 1980 respectively.

Senator Effiong's prowess in politics started as early as 1992 when he was elected to the Akwa Ibom State House of Assembly, although his tenure was distrupted by the continual military incursion into politics.

He was elected once more to the State House of Assembly in 2003 on the platform of the Peoples Democratic Party and completed his tenure in 2007.

In the 2015 elections, Effiong contested for the senatorial position of Akwa Ibom South Senatorial District on the platform of the Peoples Democratic Party and emerged winner.

He however defected to the ruling All Progressives Congress in 2017, angering the PDP who called for his sack as senator.

No reviews yet for Nelson Effiong 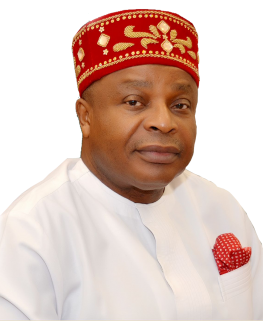